Licensed to London News Pictures. 13/02/2017. Mosul, Iraq. Local residents watch as officers of the Iraqi National Security Service lead away a medical worker, accused of providing information on civilian casualties to the Islamic State, during a raid on a clinic in east Mosul. 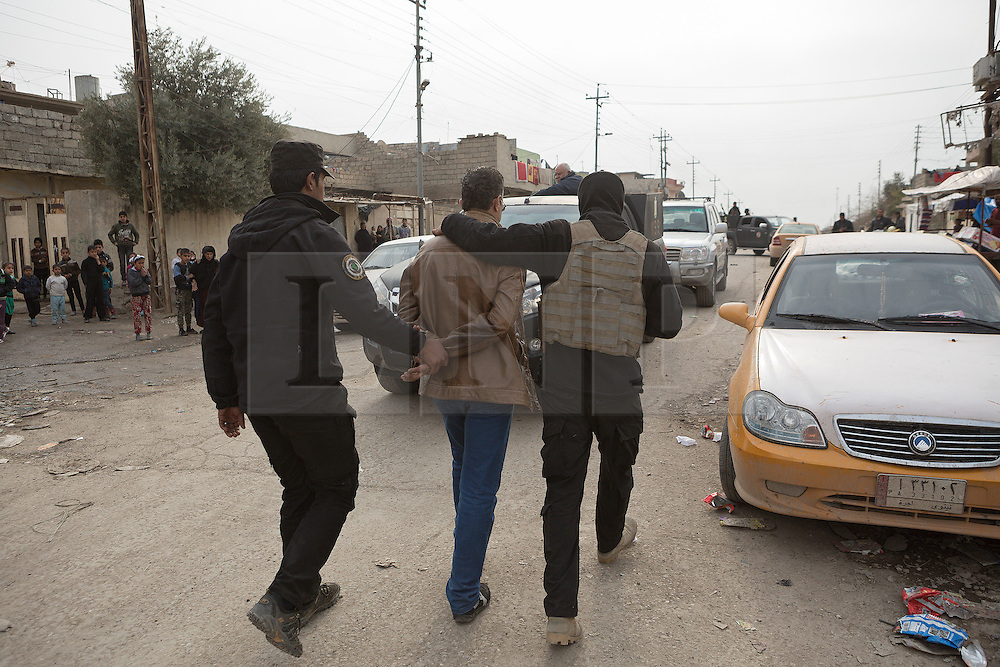