© Licensed to London News Pictures. 30/04/2014. Sulaimaniya, Iraq. Iraqi-Kurdish people search for their names to find out if they are able to vote at a school being used as a polling station during the 2014 Iraqi parliamentary elections in Sulaimaniya, Iraqi-Kurdistan today (30/04/2014). 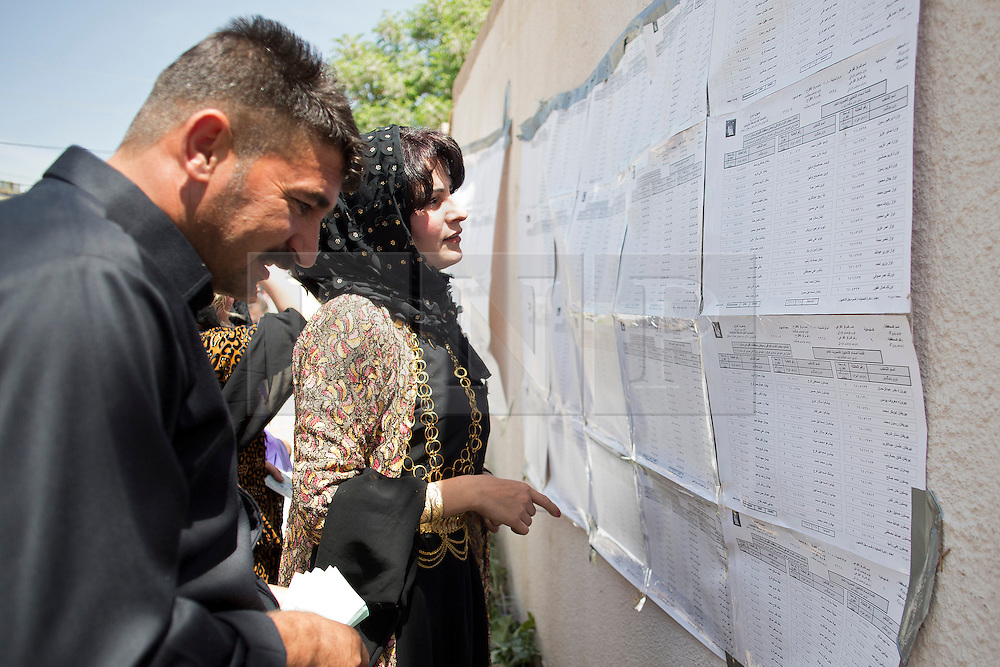