© Licensed to London News Pictures. 11/11/2012. Delhi, India. Reverend Ian Weathrall OBE leads a Remembrance Day ceremony today, held at Delhi War Cemetery, India. Veterans were joined by over 400 people including representatives from other embassies and high commissions in New Delhi. It was also attended by officials from the Indian Armed Services, with representation from over 100 serving personnel. Remembrance Day (also known as Poppy Day or Armistice Day) is a memorial day observed in Commonwealth countries since the end of World War I to remember the members of their armed forces who have died in the line of duty. This day, or alternative dates, are also recognized as special days for war remembrances in many non-Commonwealth countries. Remembrance Day is observed on 11 November to recall the end of hostilities of World War I on that date in 1918. Photo credit : Richard Isaac/LNP 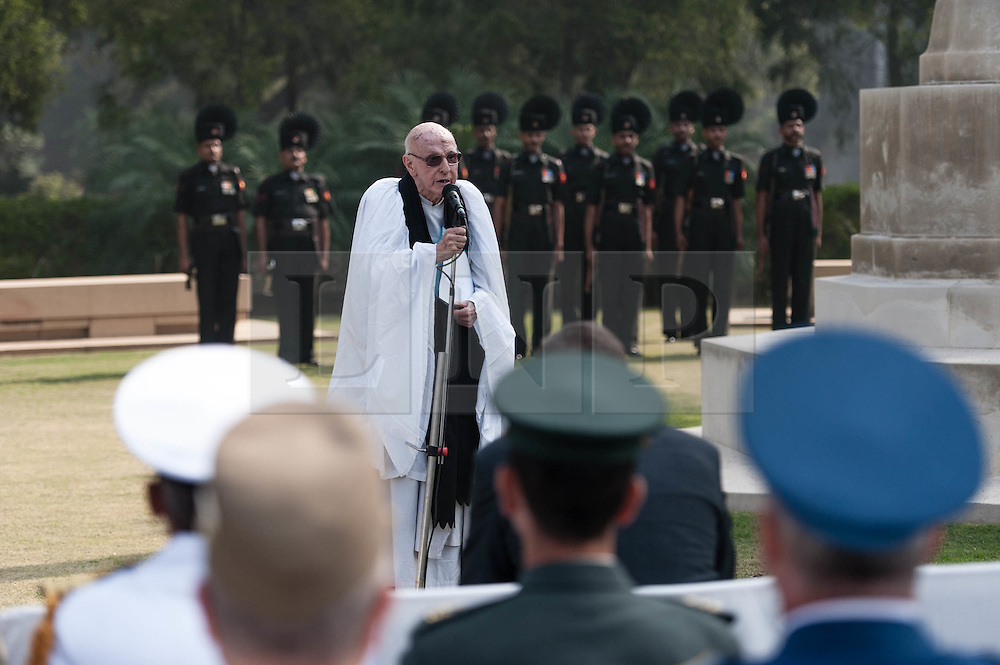