© Licensed to London News Pictures. 04/11/2016. Hamdaniyah, Iraq. Amar Idris sorts through the mess made by Islamic State militants who used his family home as a bomb factory during their recently ended two year occupation of the Iraqi Christian town of Hamdaniyah. 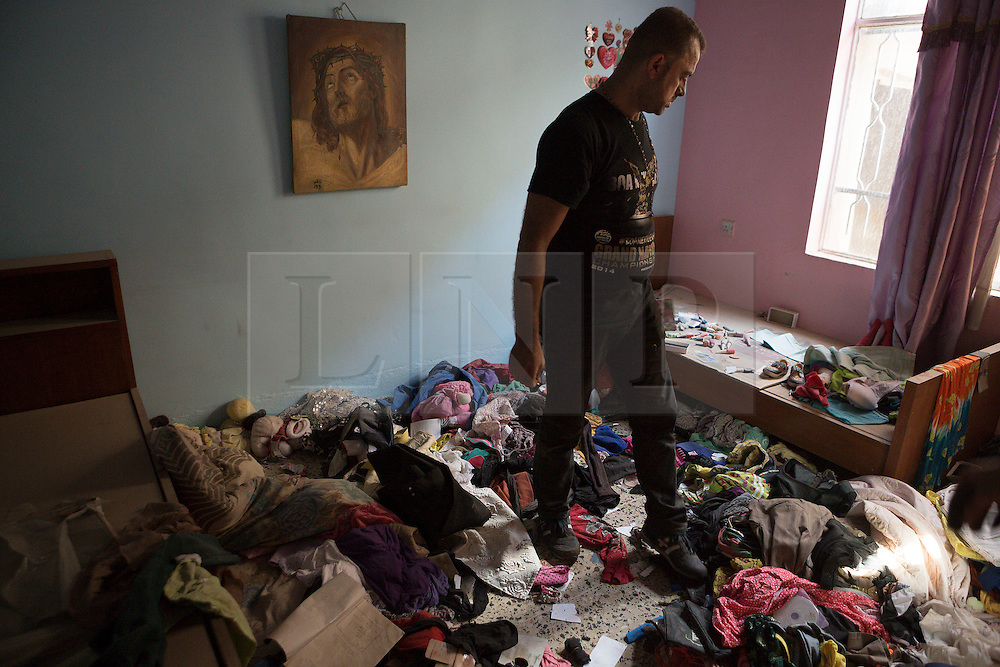