© Licensed to London News Pictures. 23/01/2015. London, UK. Gerard Way performing live at Brixton Academy. In this picture - Gerard Way. Gerard Way is an American musician and comic book writer who was the lead vocalist and co-founder of the band My Chemical Romance from its formation in September 2001 until its split in March 2013. My Chemical Romance were associated with the 'emo' genre of rock music. Photo credit : Richard Isaac/LNP 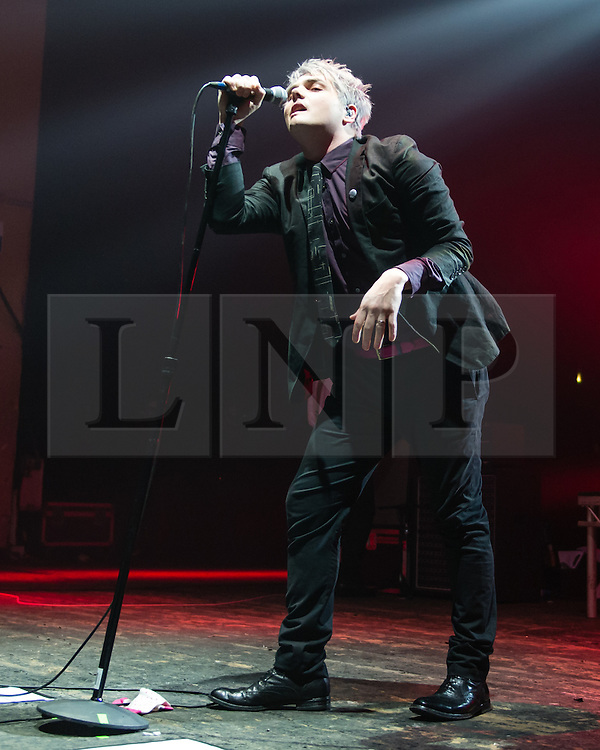