© Licensed to London News Pictures. 25/04/2012. London, UK. Tim Burgess, British Indie-rock legend from "The Charlatans", launches his revealing memoir "Telling Stories" this week. In it he describes how he dealt with his crises, and whats gone right with the band as much as whats gone wrong. At St James Church this evening Tim read excerpts from the book, held a Q&A with the audience, and played acoustic versions of classic The Charlatans songs. The Charlatans will be touring the Tellin Stories album this summer at the HMV Hammersmith Apollo, Glasgow and Manchester. In this picture Tim sings The Charlatan's Top 10 hit "The Only One". Photo credit : Richard Isaac/LNP 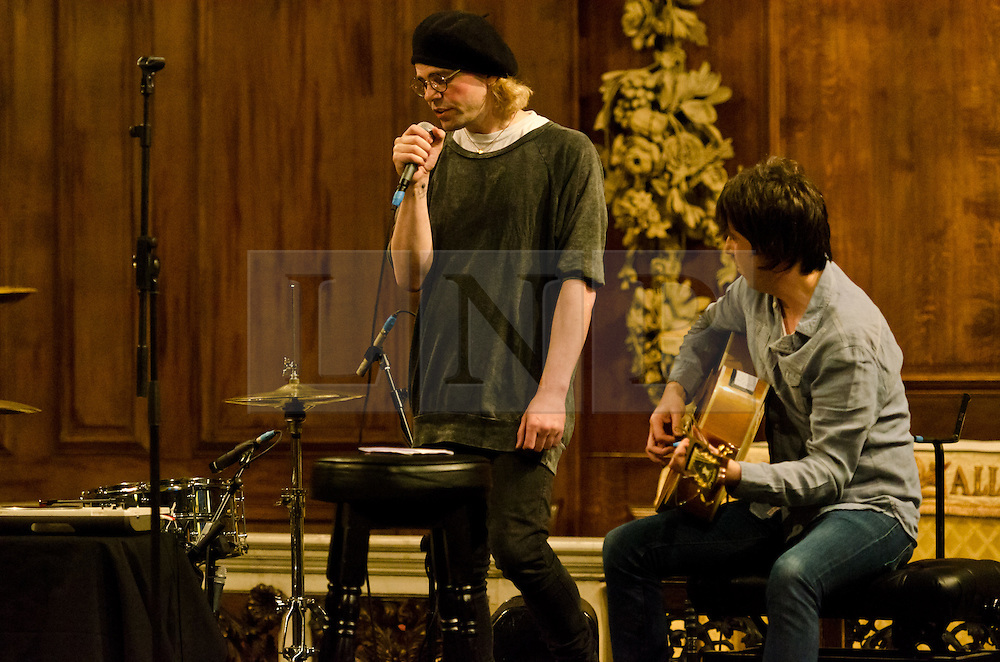