© Licensed to London News Pictures. 30/09/2015. Kirkuk, Iraq. Kurdish peshmerga evacuate a wounded colleague, who later died of his wounds, after he and three other fighters triggered an IED in the village of Mansoria near Kirkuk, Iraq. 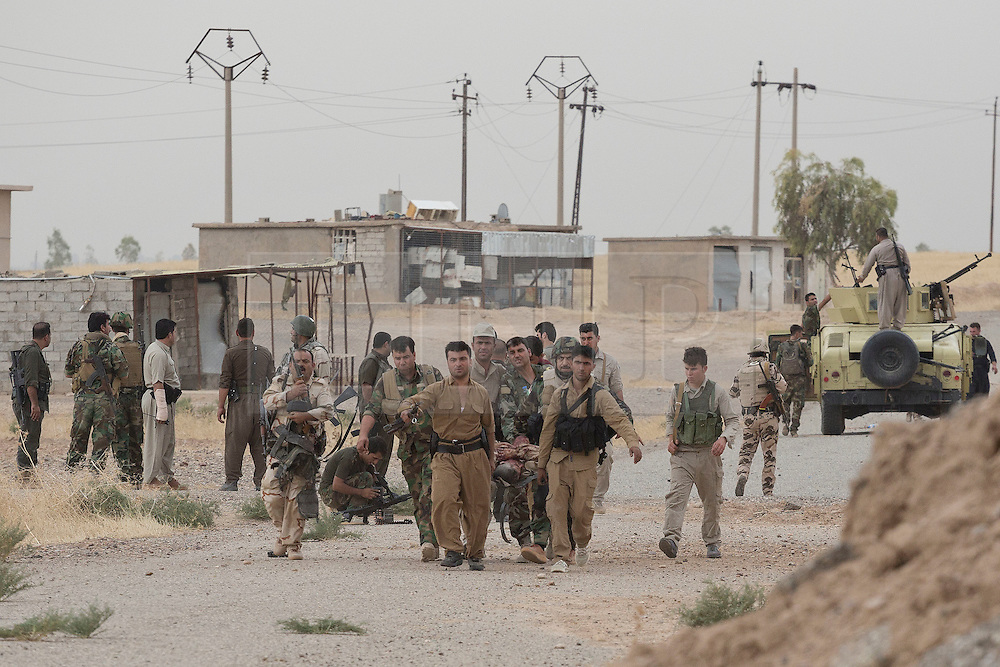