© Licensed to London News Pictures. 27/12/2017. Lee-on-Solent, UK. A man looks on at the stricken Russian cargo vessel, Mekhanic Yartsev, as she braces the strong winds in The Solent this morning. The Maritime and Coastguard Agency are formulating a plan to move her to Southampton. 13 crew members were rescued yesterday when the vessel developed a list, so made her way into the sheltered waters of The Solent before the weather conditions deteriorated. Photo credit: Rob Arnold/LNP 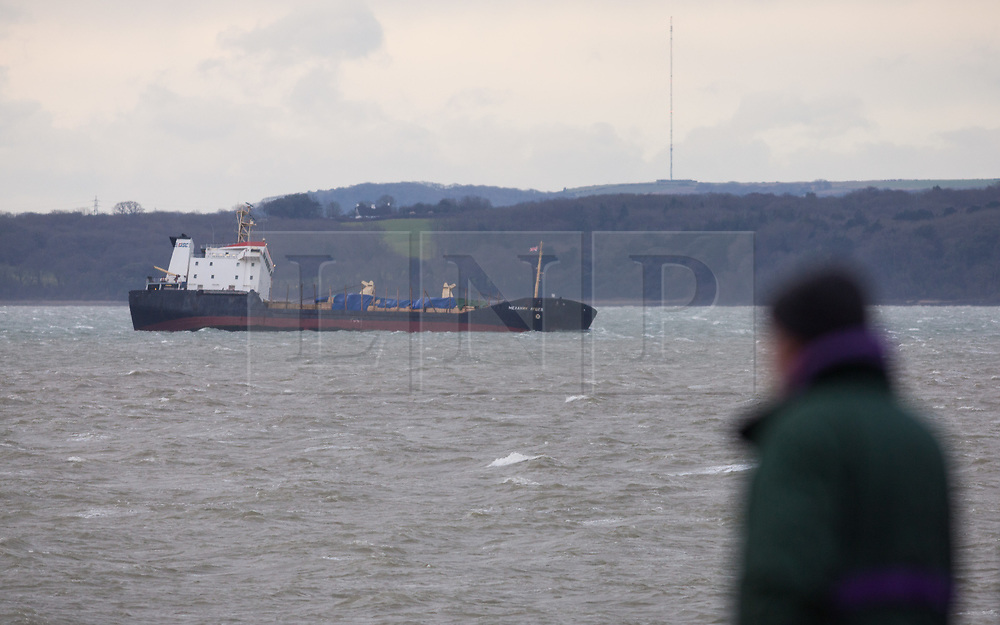