© Licensed to London News Pictures. 06/02/2013. London, UK. Lucy Cheng, a book and paper conservator from Cambridge University, holds up a copy of the a letter from a Jewish woman asking her husband to return home (he did not want to live with his in-laws) (thought to date from around 12th-14th century) part of the Lewis-Gibson Genizah Collection, at the British Academy in London today (06/02/2013). Oxford and Cambridge Universities today launched their first ever joint fundraising campaign to acquire the £1.2 million Lewis-Gibson Genizah Collection. The collection comprises more than 1,700 fragments of Hebrew and Arabic manuscripts, originating from the Cairo Genizah and dating from the 9th-19th century. Photo credit: Matt Cetti-Roberts/LNP 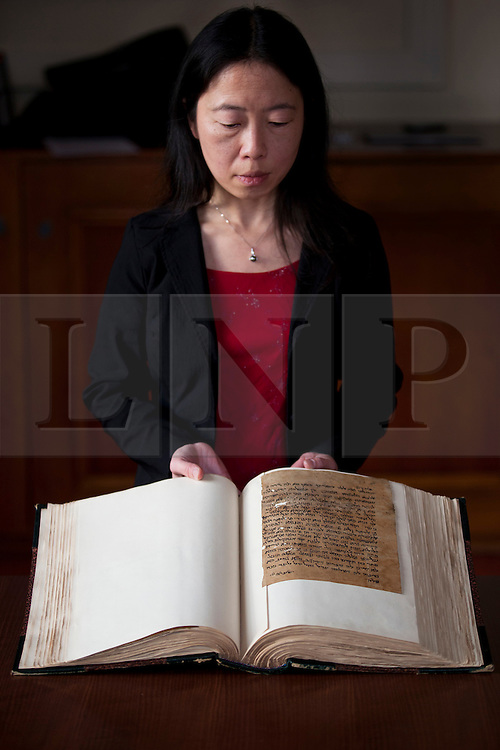