© Licensed to London News Pictures. 28/03/2017. London, UK. Campaigners and supporters of Sgt Blackman, known as Marine A, celebrate the high court ruling outside the Royal Courts of Justice in London on 28 March 2017. Sgt Blackman's murder charge is overturned to manslaughter and means he will be free in less than two weeks. Also known as Marine A, Sgt Blackman's was convicted of murder of a wounded Taliban fighter in Afghanistan in 2011. Photo credit: Tolga Akmen/LNP 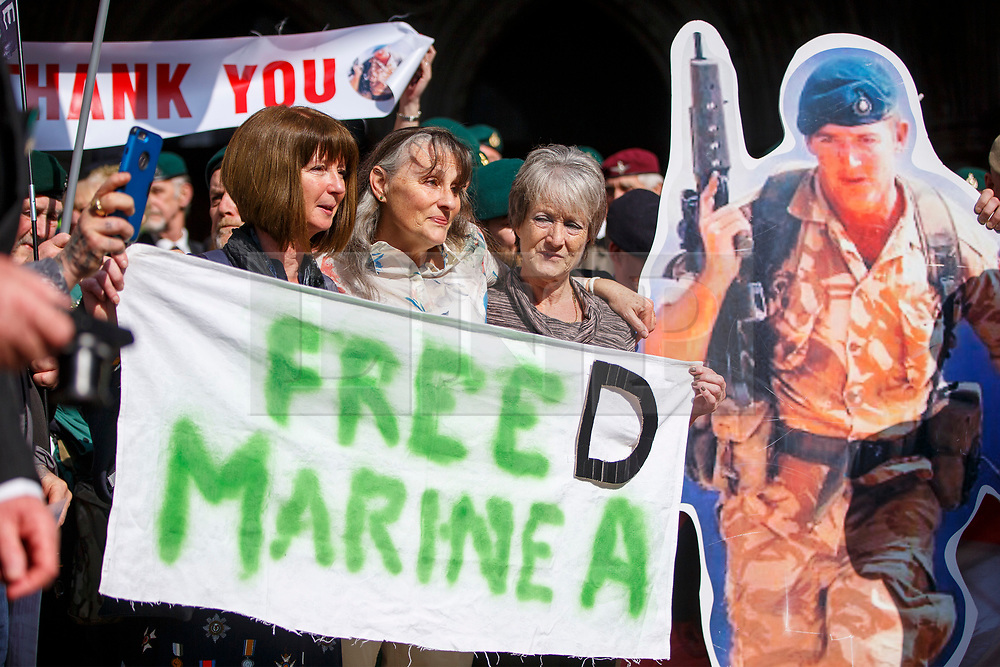