© Licensed to London News Pictures. 01/06/2013. London, UK. British National Party (BNP) leader, Nick Griffin is seen with supporters at a protest in Central London today (01/06/2013). The protest, held in response to the killing of Drummer Lee Rigby, was surrounded by a protective police cordon after members of Unite Against Fascism broke through police lines in an attempt to get to the BNP protesters. Photo credit: Matt Cetti-Roberts/LNP 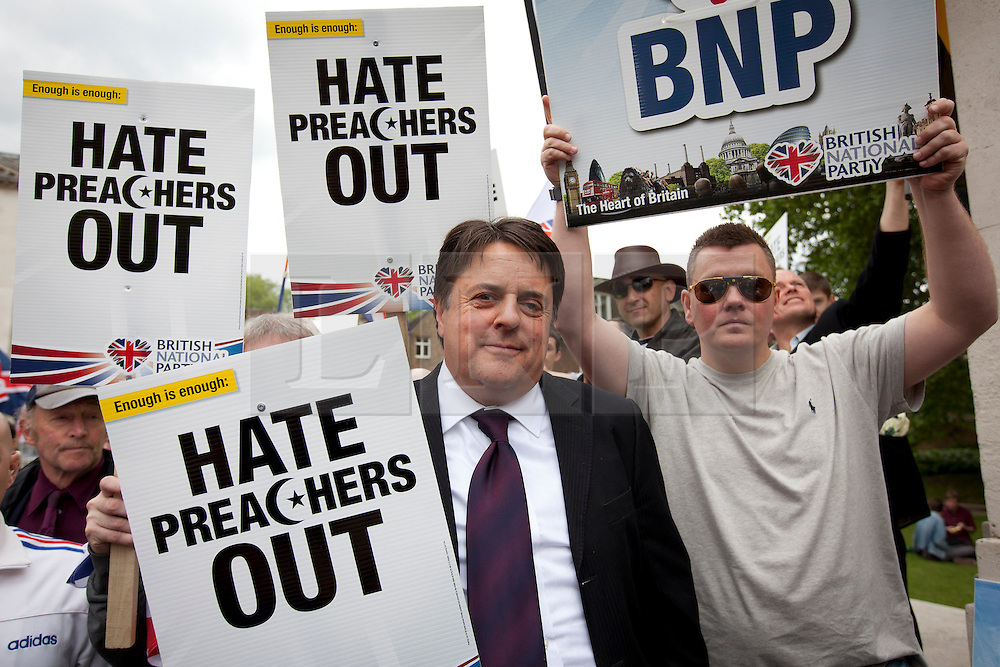