© Licensed to London News Pictures. 27/07/2015. Bristol, UK. “Fanfare for Bristol”, titled “At the Top of the Tide”, composed by David Mitcham, commissioned by Bristol Proms 2015. Picture shows trumpeters l-r: Chris Hart, Helen Whitemore, Gideon Brooks, performing live for the Mayor of Bristol, George Ferguson (in red trousers) and Artistic Director of the Bristol Old Vic, Tom Morris for the first time at Bristol’s famous Temple Mead train station, heralding the opening of the Bristol Proms 2015. David Mitcham’s “At the Top of the Tide” was inspired by ‘Bristol’s inextricable links to the sea’. The first performance by Arc Brass took place outside the Engine Shed, and throughout the day, performances took place at the Watershed, Pero's Bridge, the Wills Memorial Bell Tower and finally at Bristol Old Vic itself. David Mitcham, who has worked extensively for the BBC Natural History Unit based in Bristol said: “I am thrilled that my Fanfare “At the Top of the Tide” has been chosen for the city of Bristol and to open Bristol Proms 2015. I hope the Fanfare represents the rich diversity of Bristol, its maritime and industrial heritage as well as being a celebration of the spirit of the city and the energy it will carry into the future.” Bristol Proms 2015 runs from today, 27th July to 1st August and features some of the world’s finest musicians including Alison Balsom, Miloš Karadaglić, Pumeza Matshikiza and Daniel Hope. Photo credit : Simon Chapman/LNP 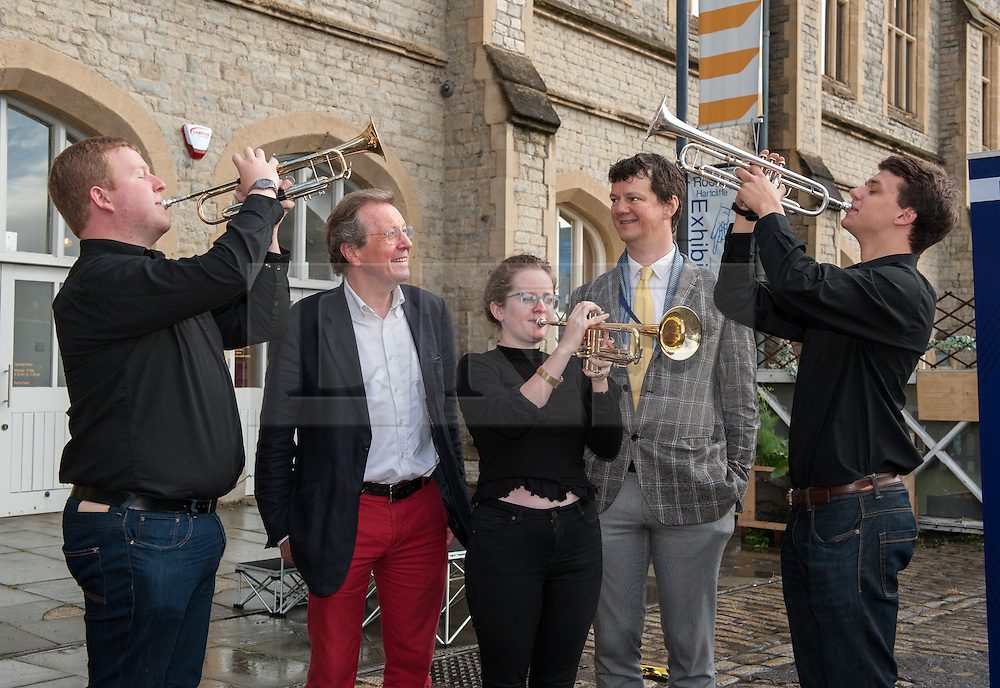