Licensed to London News Pictures. 13/02/2017. Mosul, Iraq. An officer of the Iraqi National Security Service spray paints the name of his agency on the wall of a home in east Mosul to show they have investigated the property. The house was home to an ISIS fighter and his family from Tikrit who fled the area leaving behind two victim operated explosive devices. 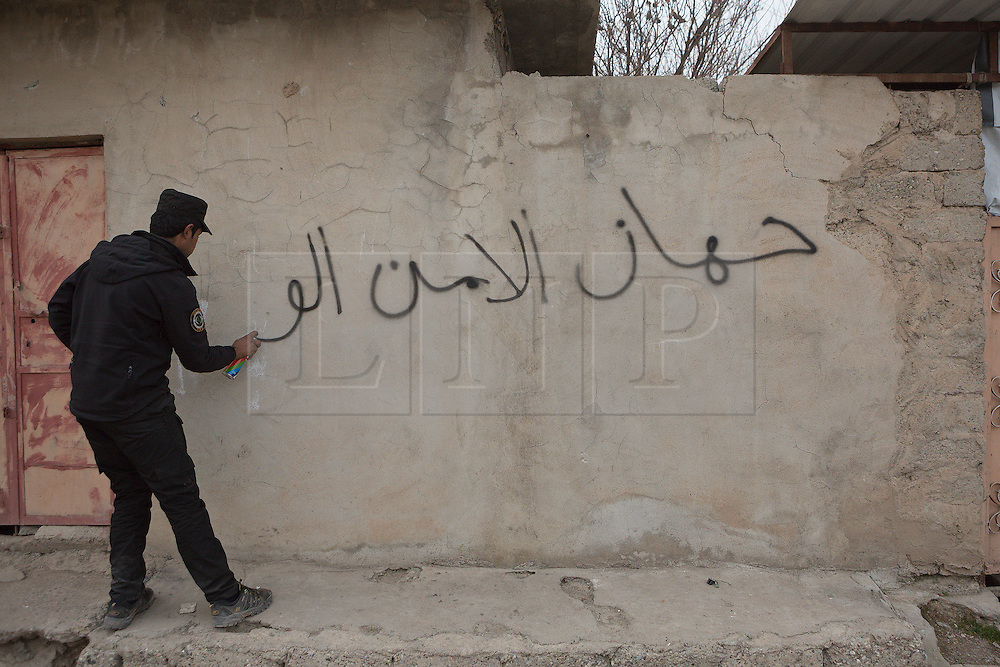