© Licensed to London News Pictures. 19/02/2011. UCI Track Cycling World Cup at Manchester Azizulhasni Awang is taken away on a stretcher after crashing during the final of the men's keirin. He had a splinter through his leg. But finished the race to take Bronze...A major crash on the final bend of the Men's Keirin, Final left a number of injuries. The worst appeared to be a splinter which penetrated right through the leg of the Malaysian rider Azizulhasni Awang. Photo credit should read: Reuben Tabner/LNP 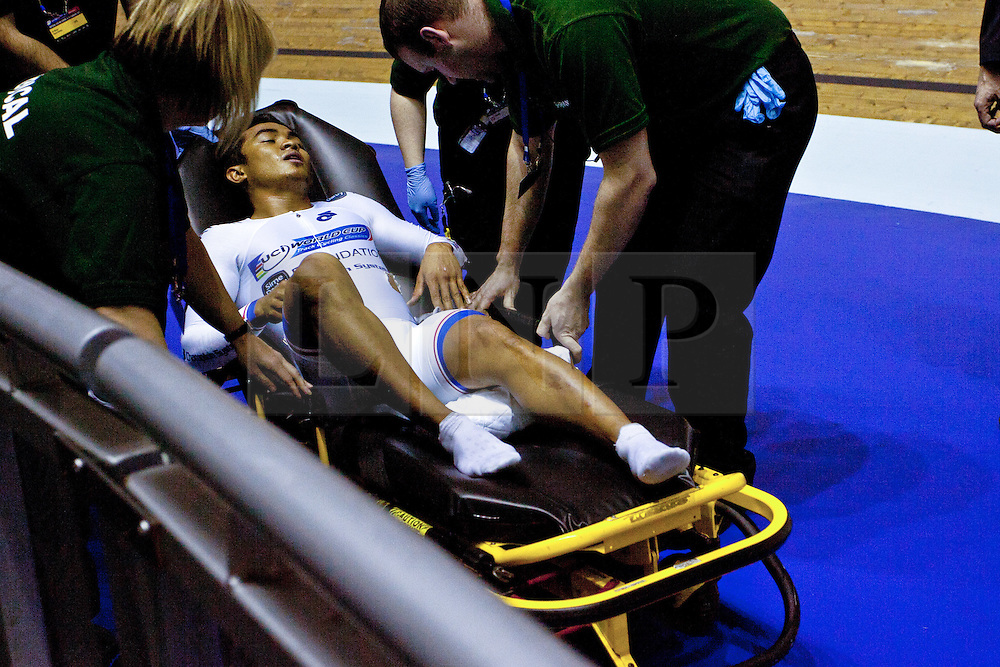