© Licensed to London News Pictures . 31/12/2018. Manchester, UK. A discharged taser , shoe and paramedic equipment on Metrolink platform B at Victoria Station . Police close off Victoria Station in Manchester after reports of multiple stabbings , including to a British Transport Police officer , following a knife attack on a platform at the station . A man has been arrested and a taser was deployed at the scene . Photo credit: Joel Goodman/LNP 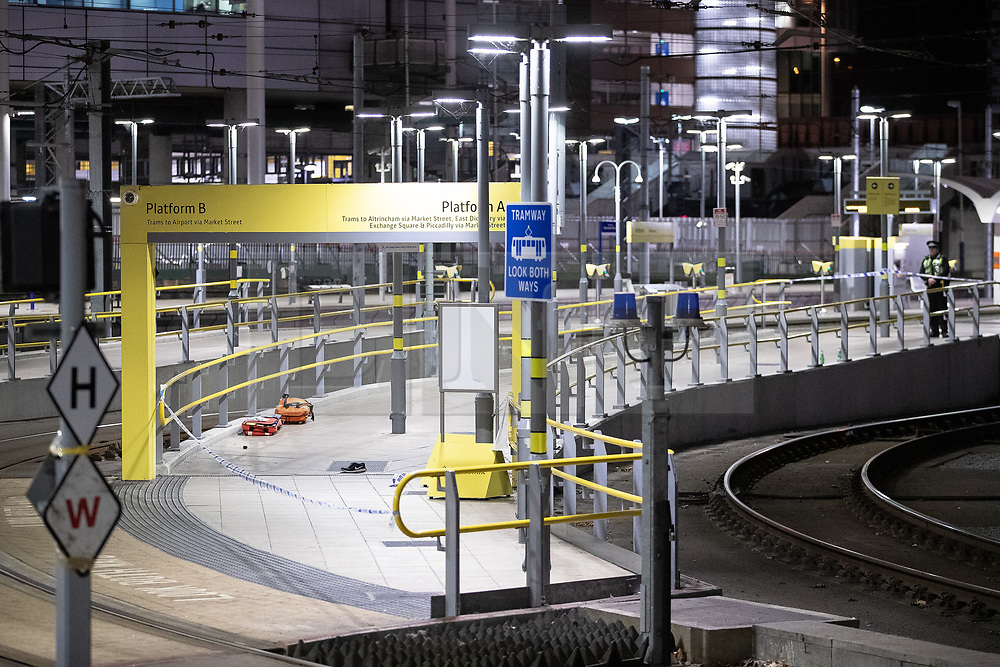