© Licensed to London News Pictures. 14/08/2012. A passenger protest against rising train fares, organised by the TUC, and held at Waterloo Rail Station. This coincides with the release of July inflation figures which determines how much the increase will be for 2013, and also involves the groups Action for Rail (ASLEF, RMT, TSSA and Unite), Bring Back British Rail, The Campaign for Better Transport, and Climate Rush. A protest held by Fair Fares Now was held simultaneously alongside it. Photo credit : Richard Isaac/LNP 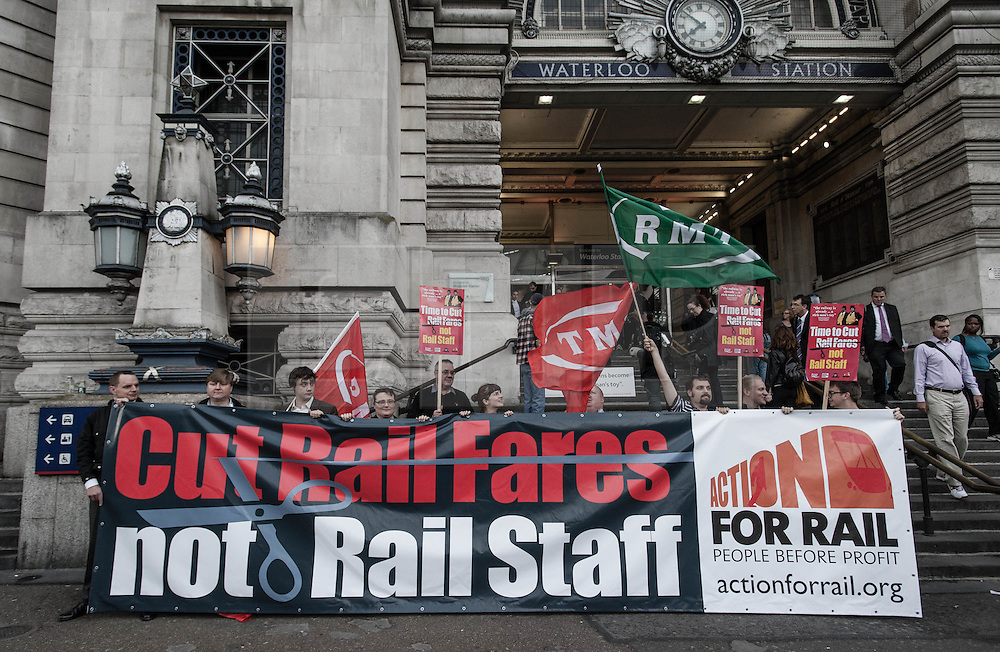