© Licensed to London News Pictures . 13/07/2013 . Manchester , UK . Police on the scene where a fireman has died . A fire fighter is dead and two 15 year old girls are under arrest on suspicion of manslaughter after a blaze in Manchester yesterday (Saturday 13th July) . More than 60 fire fighters tackled a blaze at Paul's Hair World on Oldham Street in Manchester City Centre late in to the night (Saturday 13th July 2013) . Twelve crews from four stations were deployed . Several streets in a block in the city centre are sealed off . Photo credit : Joel Goodman/LNP 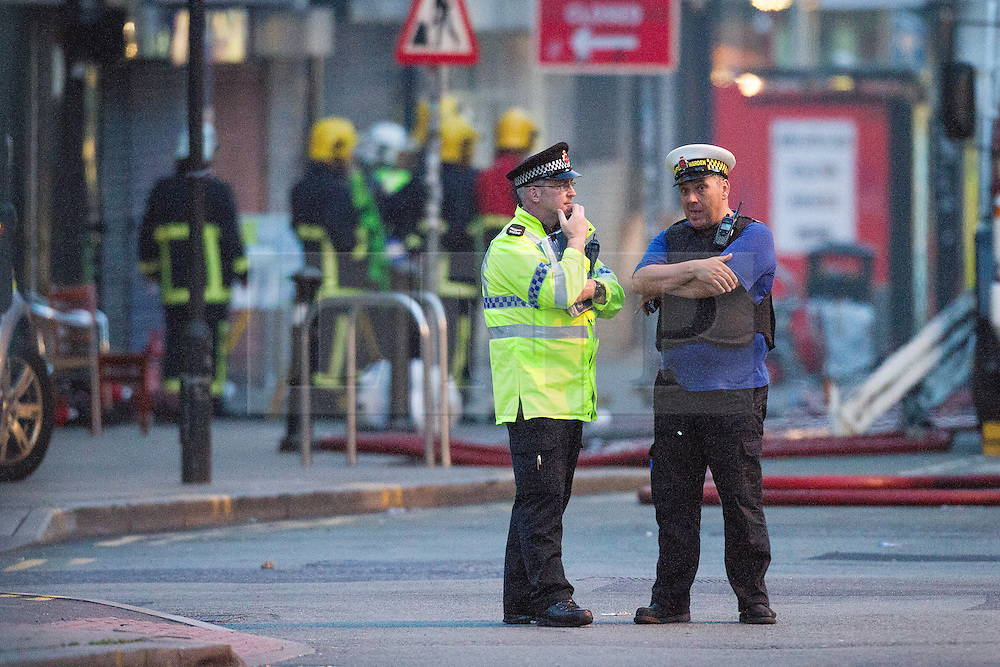