© Licensed to London News Pictures. 23/09/2013. London, UK. A lone man with a placard declaring artist and television celebrity Rolf Harris to be innocent is seen outside Westminster Magistrates Court in London today (23/09/2013). Harris, 83, has been charged with nine counts of indecent assault and four counts of making indecent images of a child. The alleged indecent assaults date from 1980 to 1986 and relate to two complainants aged 14 and 15 at the timePhoto credit: Matt Cetti-Roberts/LNP 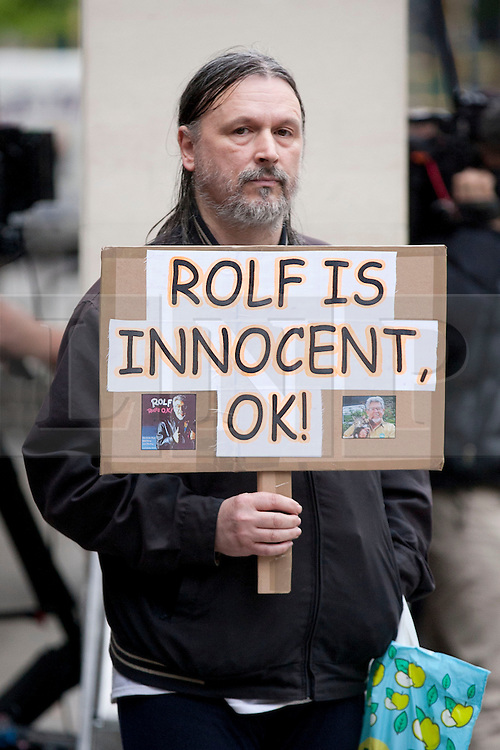