© Licensed to London News Pictures. 14/11/2015. The brand new Lord Mayor of London has travelled down the Thames this morning as part of a 40 boat flotilla. The new Lord Mayor Jeffrey Evans​ was due to be on board the Queen's row barge Gloriana but due to wet weather conditions he instead travelled on the passenger boat Golden Sunrise. Tower Bridge opened in salute and the new Lord Mayor came ashore at HMS President before preparing for the rest of the Lord Mayor's Show today in the City of London. This year's Lord Mayor's Show is the 800th time the event has taken place. The classic fireboat Massey Shaw joined the flotilla and pumped water into the sky. Two military ribs also accompanied the procession in a sign of increased security. Credit: Rob Powell/LNP 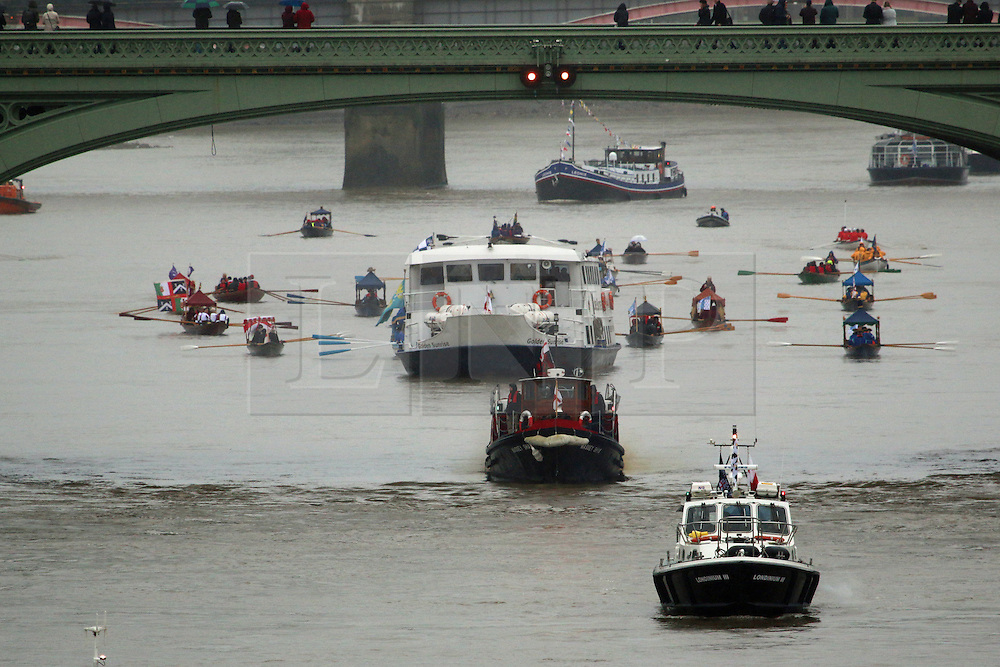