© Licensed to London News Pictures . Manchester , UK . FILE PICTURE DATED 03/11/2014 of Front L-R Sir Richard Leese , The Chancellor of the Exchequer , George Osborne MP and Lord Peter Smtih at Manchester Town Hall signing a deal to devolve power to Greater Manchester , including giving the city a Mayor and greater control over its finances . Today (24th February 2015) it has been revealed that , as part of the devolution deal , Greater Manchester will gain control of its entire £6 billion NHS budget - 25% of the government's spending in the region , and all administrative control too . Photo credit : Joel Goodman/LNP 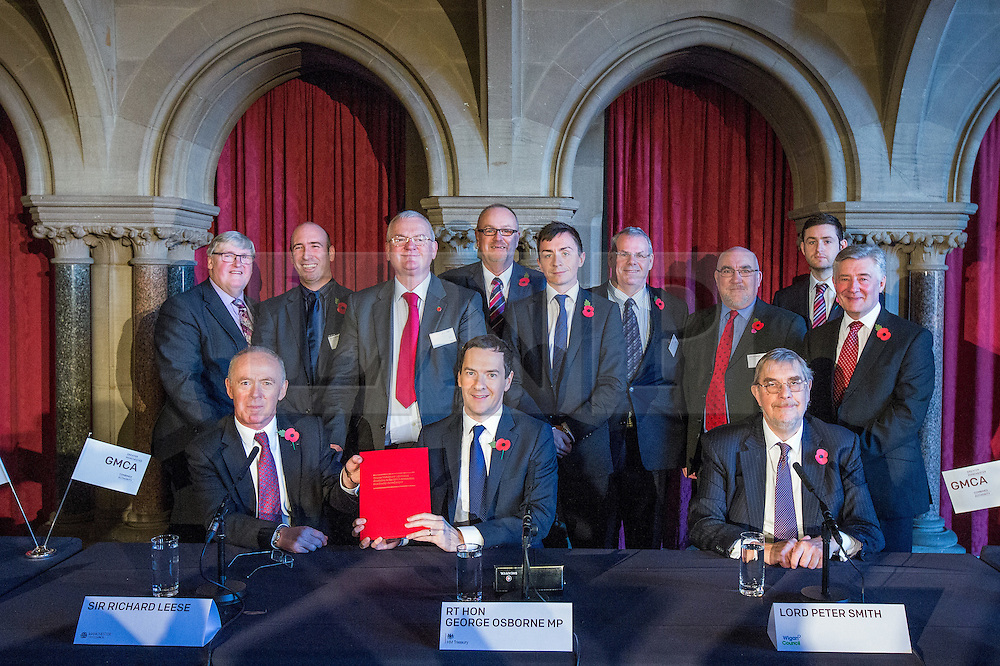