© Licensed to London News Pictures. 30/04/2014. Sulaimaniya, Iraq. A machine is used to check the finger print of an Iraqi Kurdish male against that held on his identity card before he can vote in the 2014 Iraqi parliamentary elections in Sulaimaniya, Iraqi-Kurdistan today (30/04/2014). 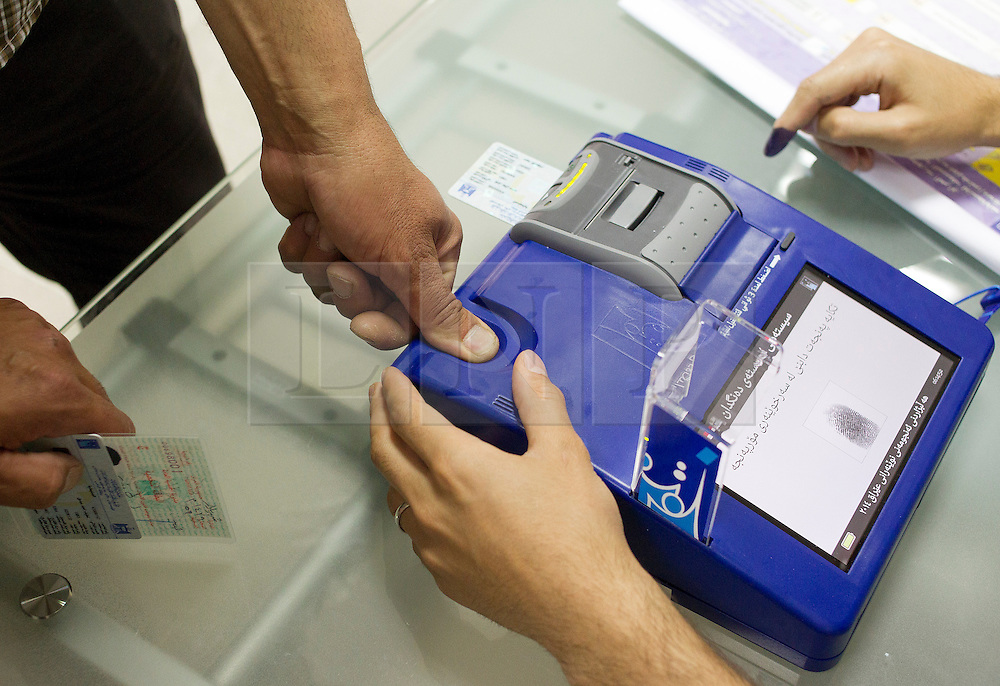