The view from the front gunners seat as one of only two remaining flying Avro Lancaster bombers visits Durham Tees Valley airport today. 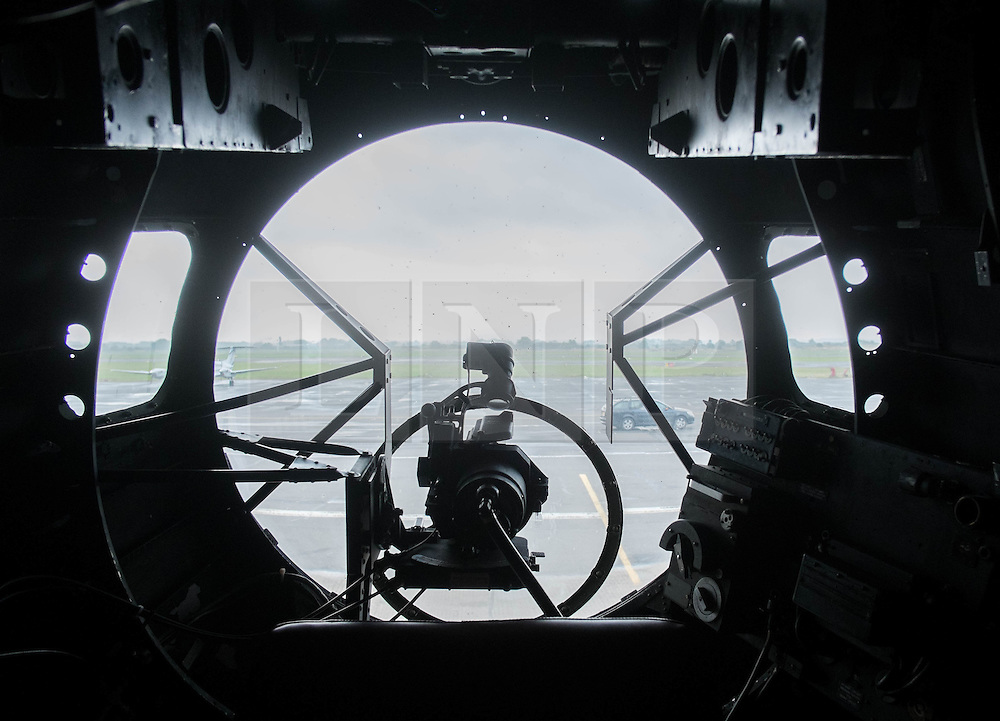