© Licensed to London News Pictures. 08/07/2015. Bristol, UK. An 'Austerity Kills' anti-cuts protest in Bristol city centre against today's budget by the Government, the first fully Conservative budget for nearly 20 years with cuts to expenditure on welfare and benefits. The demonstration was one of many in a national day of action organised by The People's Assembly Against Austerity and protesters staged a series of 'die-ins' around Bristol city centre. Photo credit : Simon Chapman/LNP 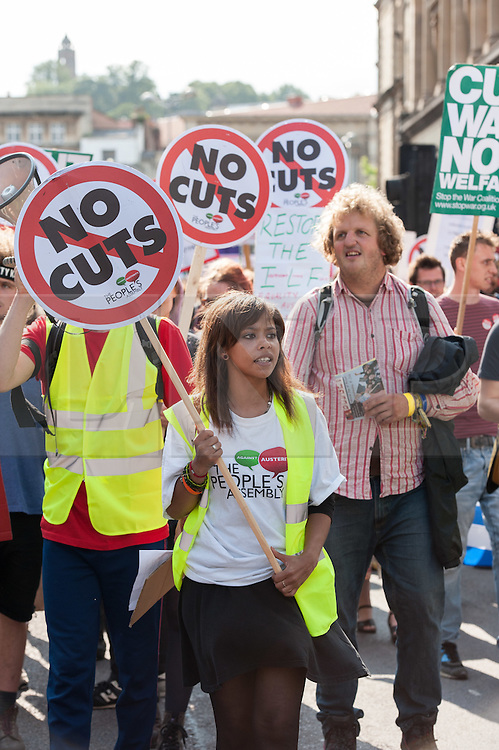