© Licensed to London News Pictures . 23/02/2019. Salford, UK. ANTI FASCIST COUNTER PROTESTERS with a banner reading " Fascist always destroy their own country " . Supporters of Tommy Robinson (real name Stephen Yaxley-Lennon ) and anti-fascists opposed to the former EDL leader and his followers , gather near to the BBC at Media City to protest , as Yaxley-Lennon hosts a rally showing a home-made documentary , " Panodrama " , described as an exposé of the BBC's Panorama documentary series . A BBC Panorama documentary is due to feature an investigation in to Yaxley-Lennon in the near future . Photo credit: Joel Goodman/LNP 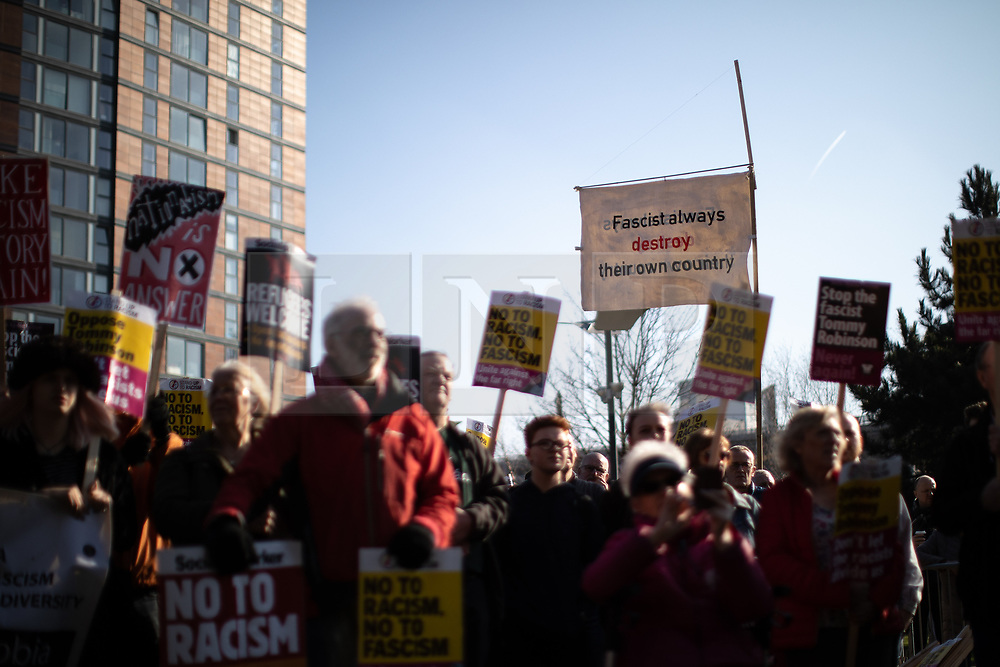