© licensed to London News Pictures. MARLOW, UK. 03/08/11. An undamaged boat bearing Steve Redgrave's name can be seen in front of the damaged building. Marlow Rowing Club has been badly damaged by fire today (03 August 2011). Boats with an estimated value of 100,000 pounds have been damaged. Steve Redgrave, Olympic Rower, who trained at the club and is from Marlow said his daughters boat is believed to be inside. Mandatory Credit Stephen Simpson/LNP 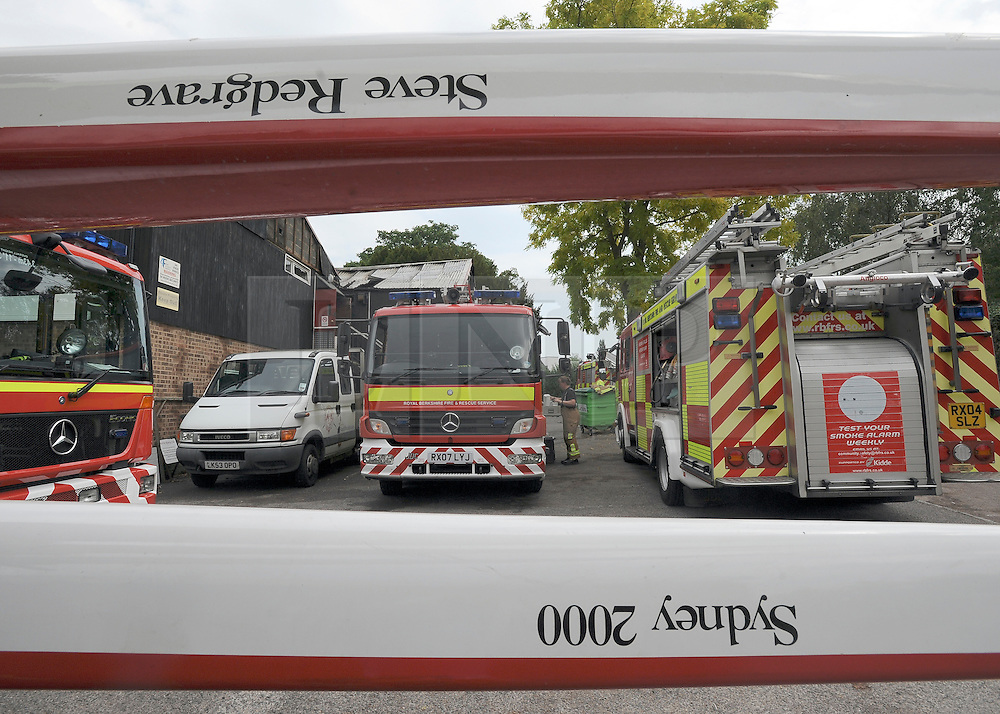