© Licensed to London News Pictures. 17/11/2015. London, UK. L-R: Mohammed Shafick as Rocco, Kenan Sweeney as Truman, and Dereem Haggins as Tyson. Photocall for the play ELECTRIC at the Rio Cinema in Dalston. The play is produced in connection with The Big House (TBH) charity for young people who have been though the care system. ELECTRIC is written by Andy Day and directed by Maggie Norris and will run from 18 November to 12 December 2015. Photo credit: Bettina Strenske/LNP 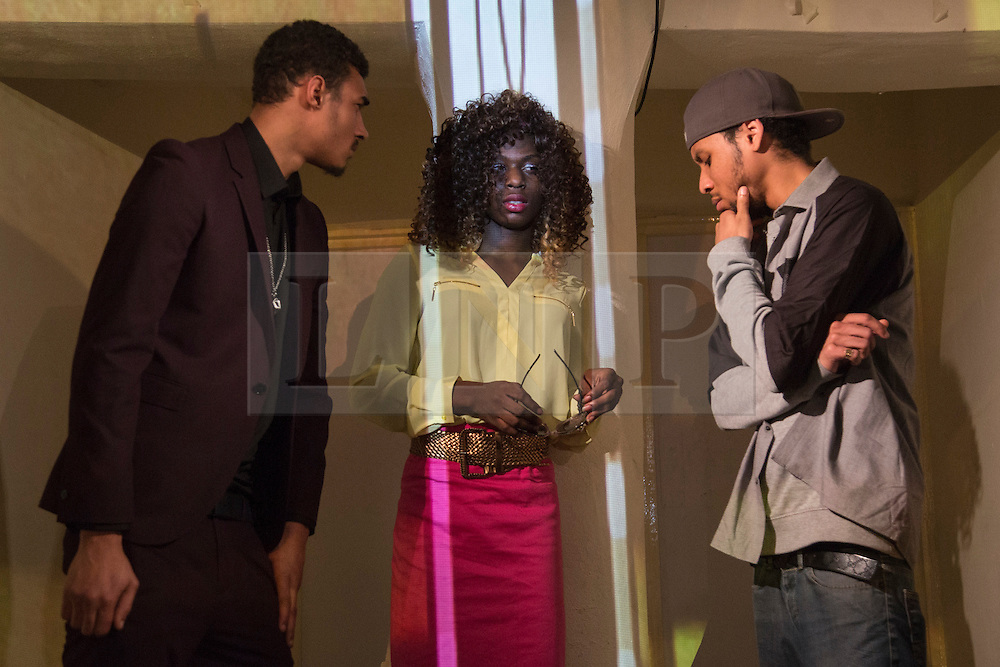