© London News Pictures. 22/11/2011. London, UK. Comedian STEVE COOGAN (left) and DAVID SHERBORNE QC (right) arriving at The Royal Courts of Justice today (22/11/2011) to give evidence at the Leveson Inquiry into press standards. The inquiry is being lead by Lord Justice Leveson and is looking into the culture, and practice of the UK press. The Leveson inquiry, which may take a year or more to complete, comes after The News of The World Newspaper was closed following a phone hacking scandal. Photo credit : Ben Cawthra/LNP 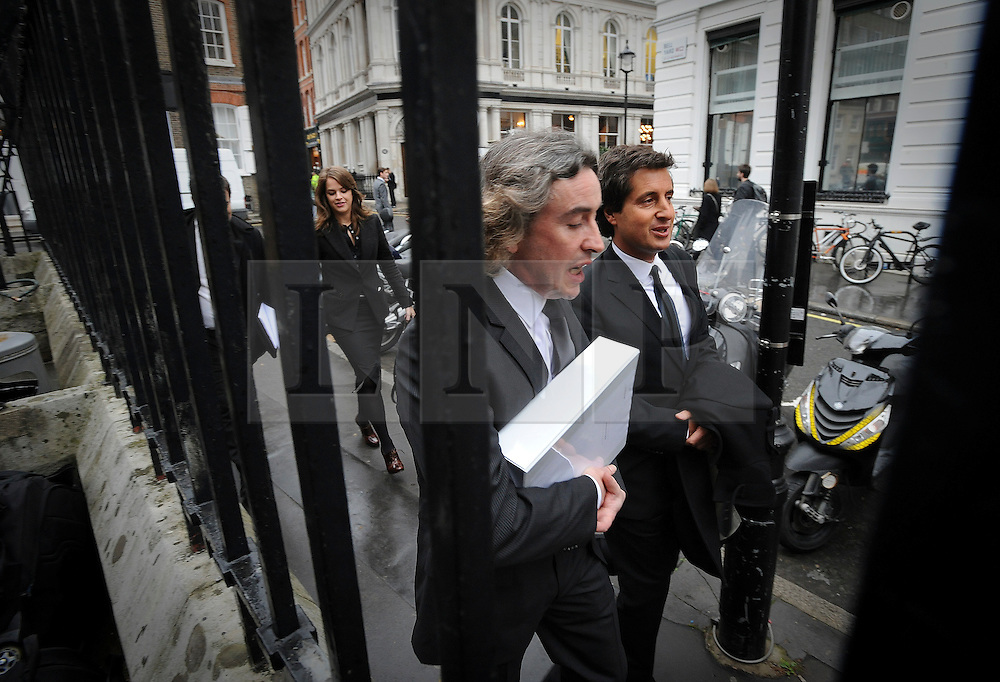