© Licensed to London News Pictures. 15/06/2016. London, UK. Activists with an 'IN' flag float in front of a flotilla of fishing trawlers, joined by UKIP leader Nigel Farage, as they sail up the River Thames to Westminster. The flotilla is organised by the ‘Fishing for Leave’ campaign, founded by Scottish fisherman, which argues that the UK’s fishing industry would be better off outside the EU, but with the same status as Iceland or Norway when fishing quotas are negotiated. Photo credit: Rob Pinney/LNP 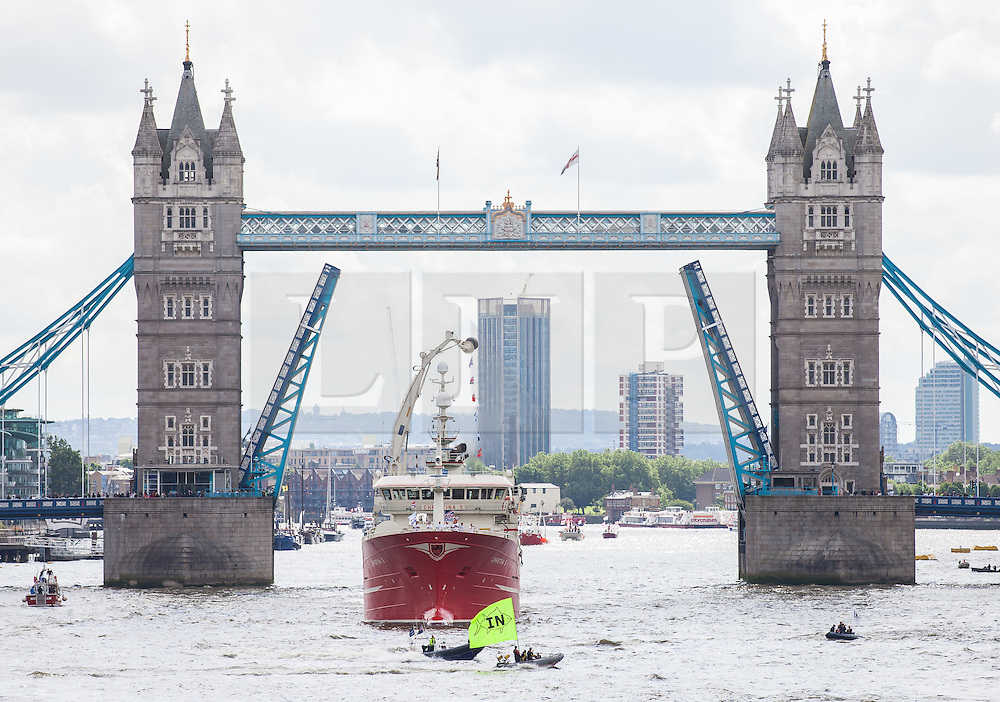