© Licensed to London News Pictures. 20/08/2016. London, UK. Tube passenger falls asleep at Warren Street station whilst waiting for a night tube service of Victoria line in London for the first time on 20 August 2016. Transport for London started a 24-hour Tube service on Victoria and Central lines as demand has soared over recent years, with passenger numbers on Friday and Saturday nights up by around 70 per cent since 2000. The plan was announced in November 2013 and intended to begin in September 2015, but strikes over pay delayed the start by nearly another year. Photo credit: Tolga Akmen/LNP 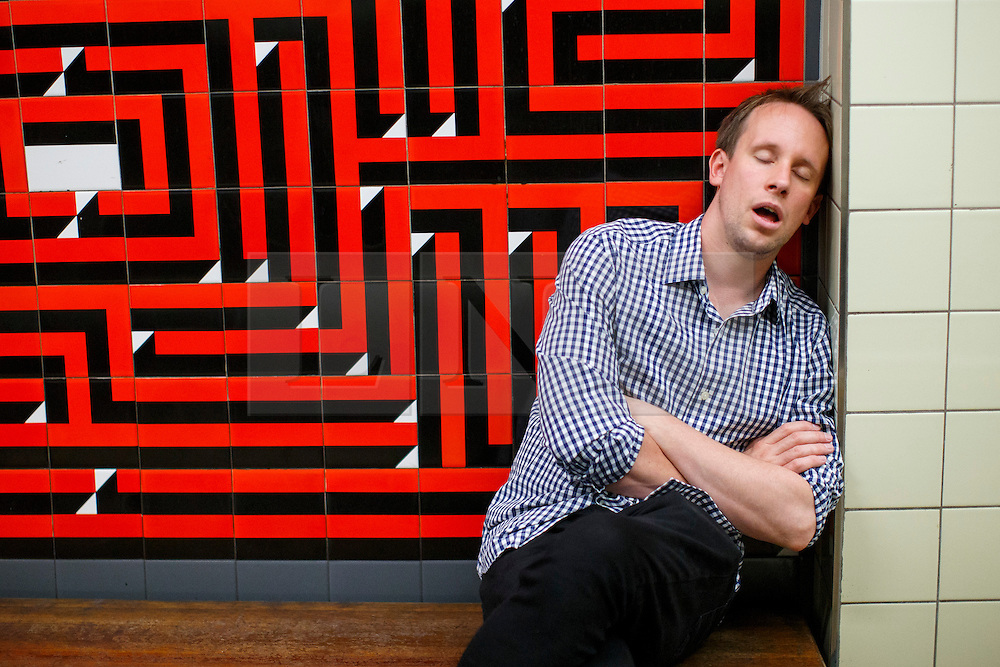