© Licensed to London News Pictures. 12/12/2014
Author of the best-selling 'Wimpy Kid' series Jeff Kinney was at Waterstone's, Bluewater in Kent tonight (12.12.2014) signing copies of his latest Wimpy Kid book, The Long Haul. As well as being an international bestselling author Jeff is also an online developer and designer.Jeff has been named one of Time magazine's most influential people in the world. His original Dairy of a Wimpy Kid was voted best childrens book of the last ten years by UK readers. Jeff lives with his family in Massachusetts,USA. 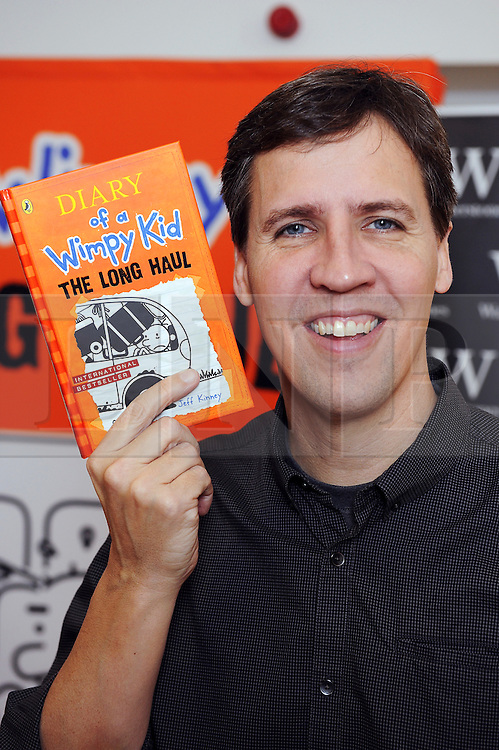