© under license to London News Pictures. 02/04/2011: The English Defence League hold a rally in Blackburn. Prior to the rally, the EDL leader has stated that he's been warned off attending the rally by police, for his own safety. About 2000 EDL supporters were in attendance. About 2000 EDL supporters were in attendance. It was one of the largest policing operations Lancashire police have ever put in to action. Credit should read "Joel Goodman/London News Pictures". 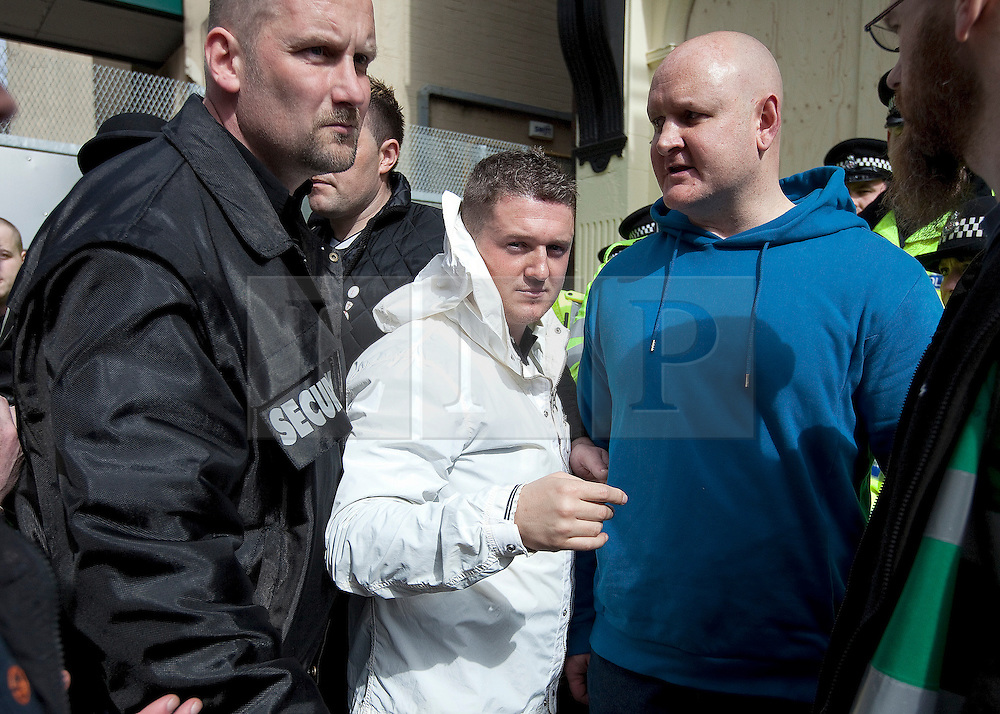