© Licensed to London News Pictures. 09/06/2013. London, UK. Followers of the Hare Krishna movement are seen with a chariot on Piccadilly, London, today (09/06/2013) as it is pulled to Trafalgar Square as part of the 'Hare Krishna' festival of 'Rathayatra'. The parade, also known as the 'Festival of Chariots', is the biggest street festival celebrated by members of the Krishna followers and, in London, features three huge, wooden chariots containing the smiling figures of Lord Jagannatha, Lady Subhadra and Lord Balarama being pulled by hand from Hyde Park to Trafalgar Square. Photo credit: Matt Cetti-Roberts/LNP 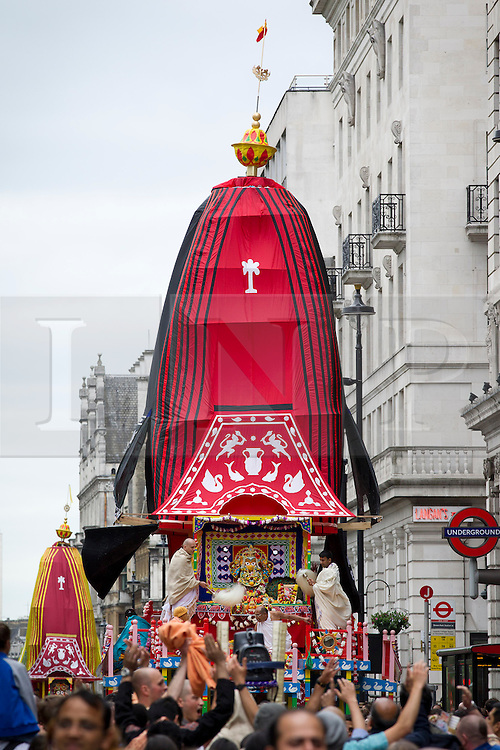