© Licensed to London News Pictures. 26/04/2018. LONDON, UK. The England flag flies behind the statue of Bobby Moore outside Wembley Stadium. It is reported that the Football Association (FA) has received a bid of GBP800m from Shahid Khan, owner of Fulham FC and the Jacksonville Jaguars NFL franchise, to purchase the stadium. If the bid is successful, the FA will retain its organisational base at the stadium, but will open the way for the creation of the first NFL franchise located out of the United States. Photo credit: Stephen Chung/LNP 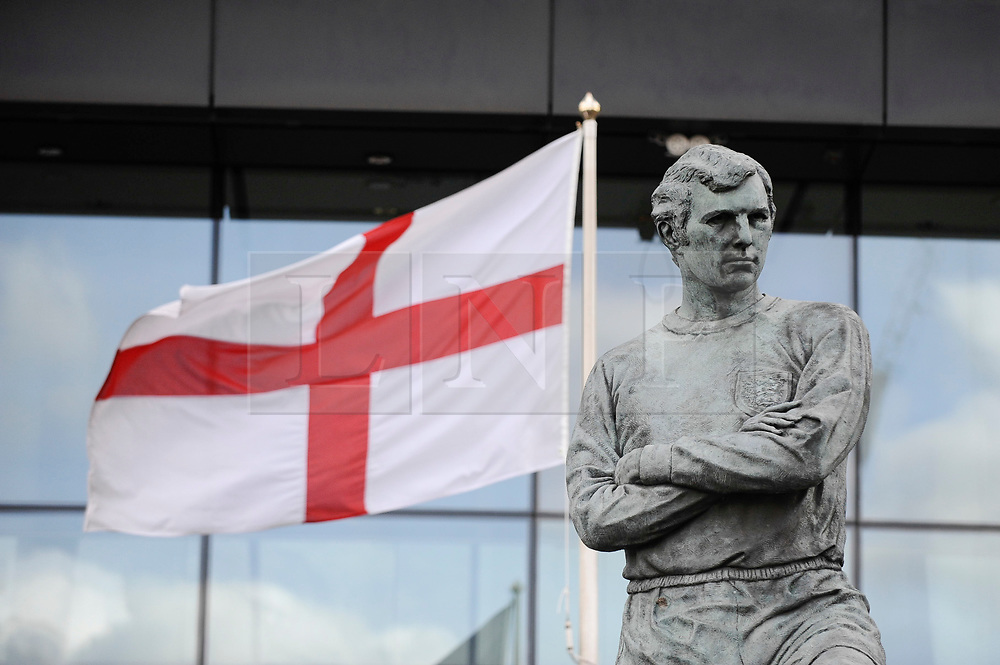