© Licensed to London News Pictures. 10/11/2017. London, UK. The only female holder of the Burma Star, Constance Halford-Thompson, 90yrs, who signed up underage before the fall of Singapore., joins members of the Chelsea Arts Club assemble to drill at The Royal Academy of Arts honoring their predecessors who in 1914 formed a corps called the United Arts Rifles, or the 'Unshrinkables' owing to their unorthodox dress before issue of uniform (made up largely of woollen cricket whites, advertised as 'unshrinkable'). They will parade once more in 2018, marking the end of the Great War. Photo credit: Guilhem Baker/LNP 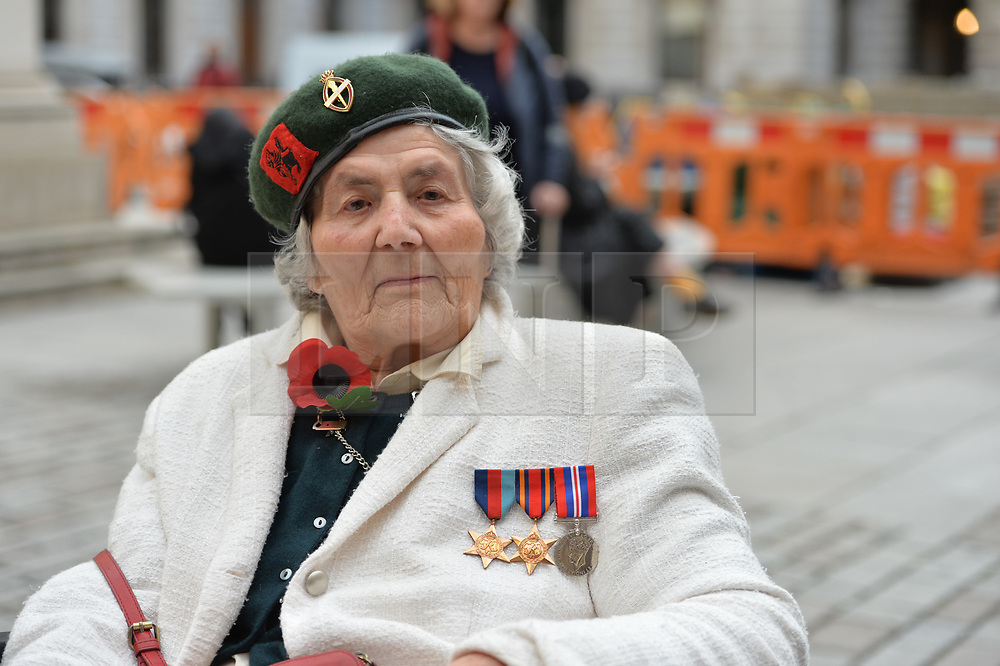