© Licensed to London News Pictures. 20/10/2018. LONDON, UK.Participants carry placards showing politicians and businessmen. Thousands of people take part in a demonstration, organised by the People's Vote campaign, beginning with a march from Park Lane to a rally in Parliament Square. The People's Vote seeks a referendum on the outcome of the final Brexit negotiations ahead of 29 March 2019, the date that the UK is due to leave the EU. Photo credit: Stephen Chung/LNP 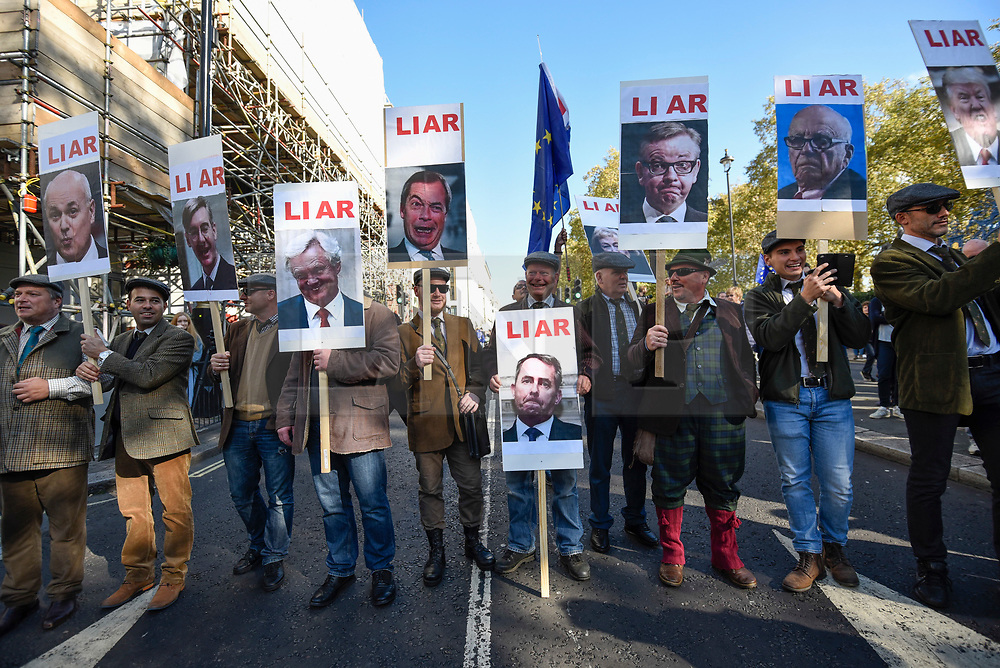