© Licensed to London News Pictures. 01/12/2018. Bristol, UK. Bristol's elected Mayor MARVIN REES (middle behind banner) at the Save Our Post Offices campaign event at Bristol’s main post office which under threat of closure in The Galleries Shopping Centre. Members of the Communication Workers Union (CWU) supported by Bristol Trades Union Council were joined by Bristol's elected Mayor Marvin Rees to campaign against the proposed closure. This is part of a national campaign day, Saturday 01 December, to save Crown Post Offices from closure. Bristol's main Post Office in The Galleries shopping centre is on the list of regional closures along with the main Post Offices in Bath and Gloucester, with services due to be transferred to post office counters in branches of WH Smiths under a franchise arrangement. And in Kingswood the post office which moved to WH Smith last year would transfer to be operated directly by WH Smiths with Post Office workers becoming Smiths’ employees. It is feared while fully trained Post Office counter staff should be moved across and retain their £12-an-hour salaries, any new staff would be employed by WHSmith at the minimum wage. The campaign has been launched by the CWU in response to the announcement that 74 Crown offices are to be franchised (privatised) to high-street retailer WH Smith – a move which will impact some 800 jobs and drastically cut services to communities. Photo credit: Simon Chapman/LNP 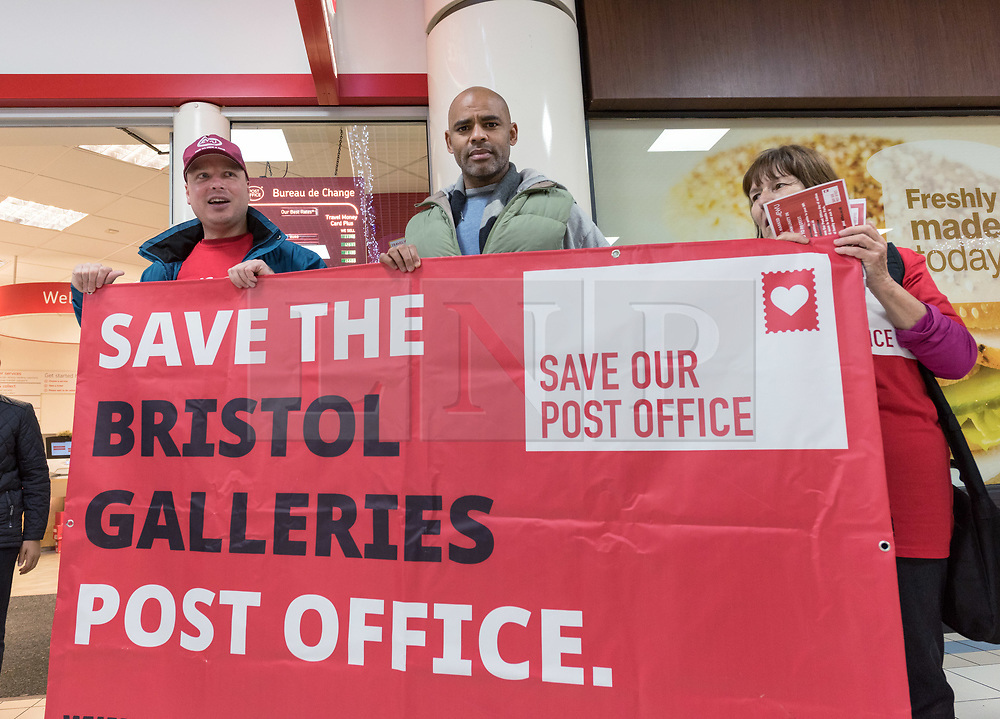