© Licensed to London News Pictures. 14/06/2019. London, UK. Survivors, family and friends of the victims and community members are greeted as they arrive at St Helen's Church to commemorate the second anniversary of the Grenfell Tower fire service. On 14 June 2017, just before 1:00 am a fire broke out in the kitchen of the fourth floor flat at the 24-storey residential tower block in North Kensington, West London, which took the lives of 72 people. More than 70 others were injured and 223 people escaped. Photo credit: Dinendra Haria/LNP 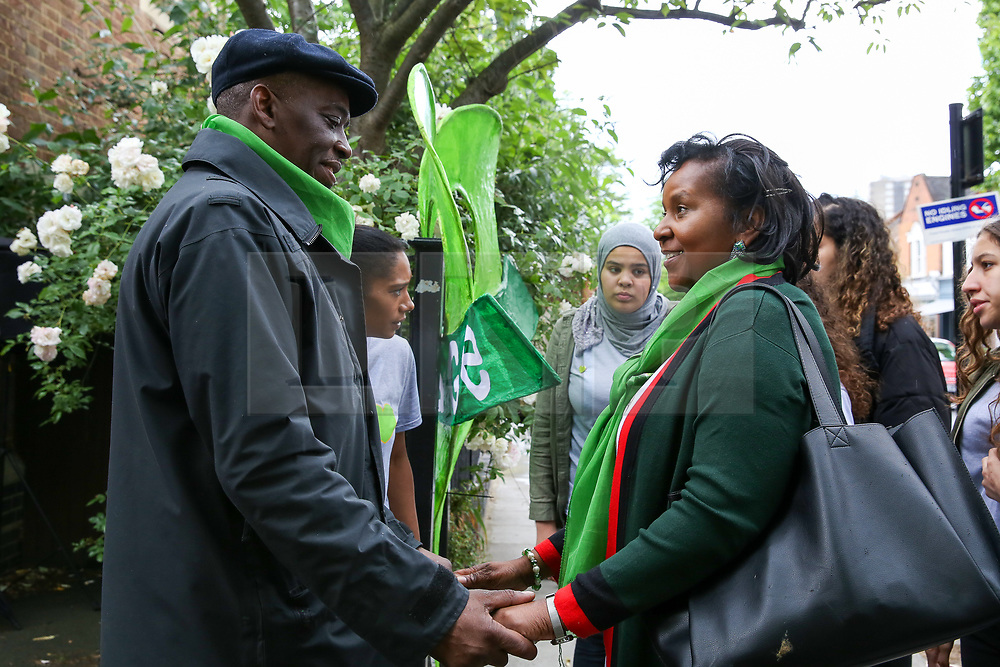