© Licensed to London News Pictures. 14/05/2018. LONDON, UK. A police car is stationed outside a cordoned-off property in Hayes, in west London. It is reported that a 51 year old man handed himself into a north London police station confessing to harming a woman at a Hayes address. Officers who visited the address in Gade Close found a deceased woman in her seventies. The death is being treated as suspicious and the man has been arrested. Investigations continue. Photo credit: Stephen Chung/LNP 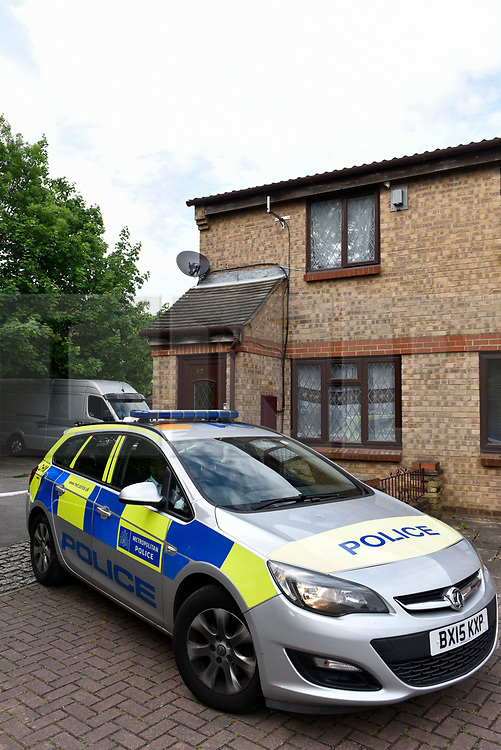