© licensed to London News Pictures. BRENTFORD. LONDON, UK. 29/07/11. (collect photo) The caterpillars 'process' across a tree in the Netherlands and arrived in the UK four years ago on a consignment of Dutch trees. Staff at British Waterways 'vacuuming' oak trees to eradicate the dangerous alien Oak Processionary Moth. British Waterways is working to halt the spread of the invasive non-native moth along the leafy Grand Union Canal at Brentford. The moths are hazardous to human health and strip English oak trees of foliage which can ultimately cause the trees to die. As pesticides are not allowed to be used near water, the moths were 'sucked' out of the trees. The Oak Processionary Moth (OMP) is native to southern and central Europe and is a major defoliator of Oak and a constant problem to native oaks. Populations of the moth vary year to year and are regularly monitored. The Moth (OMP) gets its' name from the characteristic way the larvae mass on trunks and branches and move in a nose to tail procession. The caterpillars have irritating hairs that carry a dangerous toxin. The hairs are easily blown in the wind causing serious irritation to the skin, eyes and bronchial tubes of both humans and animals. The moth poses a significant human health risk when populations reach outbreak proportions. As a result populations across Europe are constantly monitored and alert systems are in place. It is imperative that larvae caterpillars are not handled. Adults emerge mid July to Mid September. Mandatory Credit Henry Kuppen/Gristwood and Toms/LNP 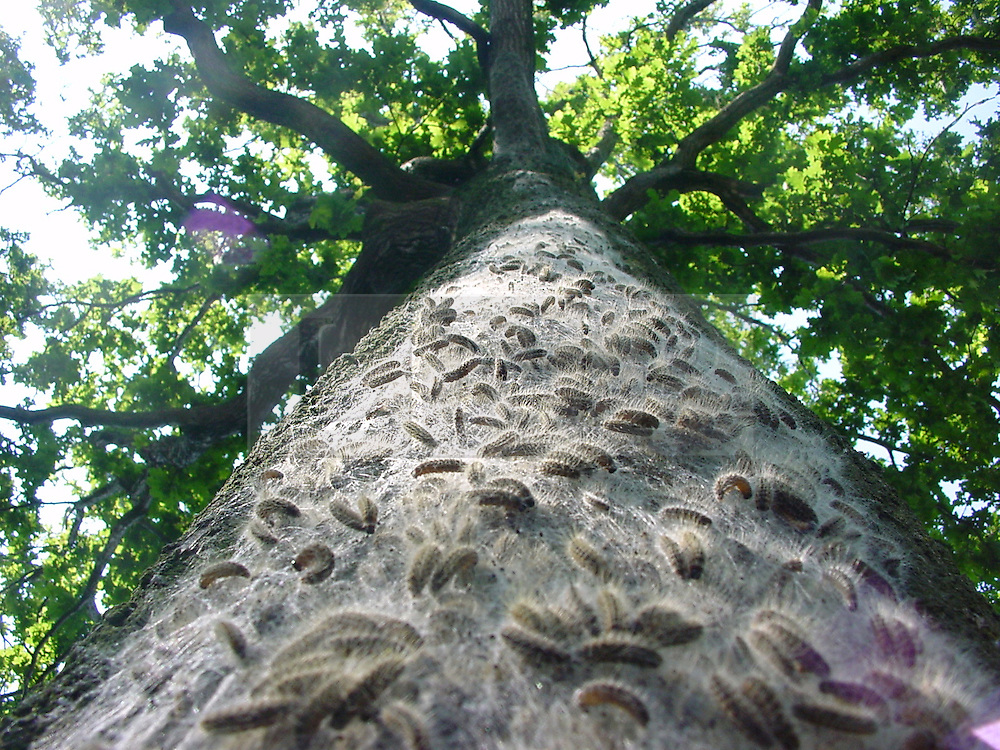