© Licensed to London News Pictures. 15/09/2018. Brierley UK. The full extent of damage caused to a house when a lorry crashed into it can be seen this morning in the Brierley area of Barnsley. South Yorkshire police have said a marked police car was following the stolen lorry when the lorry hit a female pedestrian in her 50's who has died before crashing into the house on Park View, in Brierley at 13:40 yesterday. Four men have been arrested in connection with the crash. Photo credit: Andrew McCaren/LNP 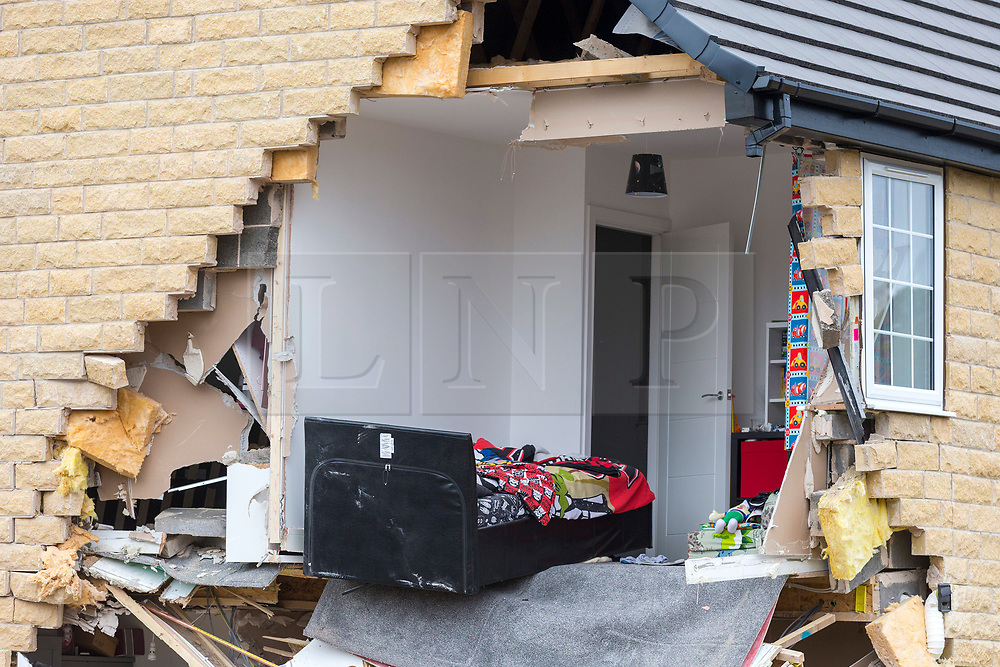