© Licensed to London News Pictures. 11/10/2017. London, UK. Amnesty International campaign in Parliament Square for the release of British-Iranian Nazanin Zaghari-Ratcliffe who is in custody in Iran. Mrs Zaghari-Ratcliffe is serving a five-year jail term in Iran after being accused of trying to orchestrate a “soft overthrow” of Iran. She facing a further 16 years in custody after fresh charges were brought. Photo credit: Peter Macdiarmid/LNP 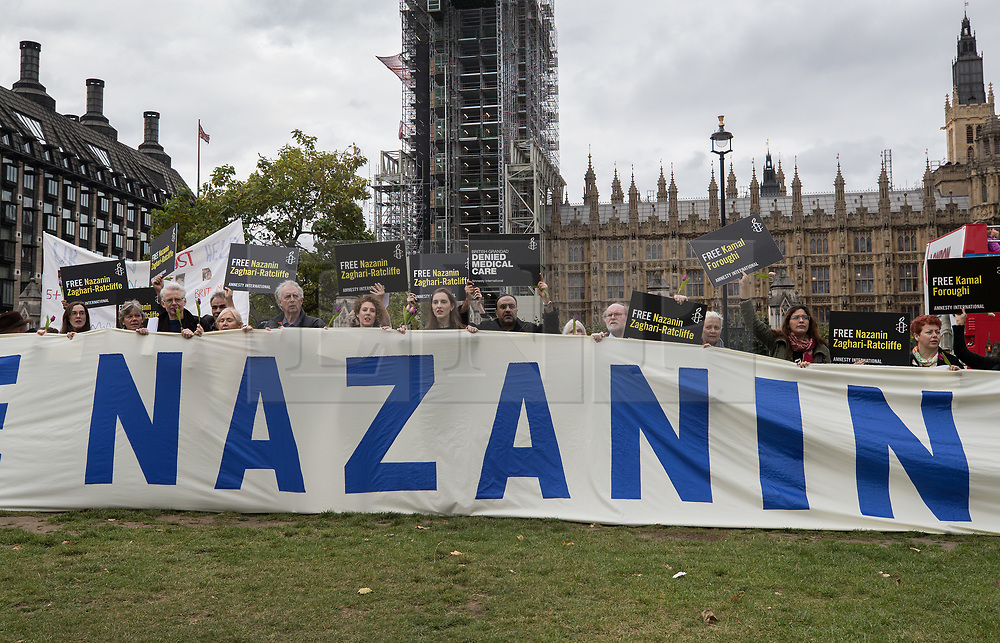