© Licensed to London News Pictures. 23/06/2017. Dorking, UK. Rescue workers are seen inside a camp as workers dismantle a protest fort built over an oil well site near Leith Hill in the North Downs . Protestors have been evicted from the camp over the last few days. Planning permission for 18 weeks of exploratory drilling was granted to Europa Oil and Gas in August 2015 after a four-year planning battle. The camp was set up by protestors in October 2016 in order to draw attention to plans to drill in this Area of Outstanding Natural Beauty (AONB) in the Surrey Hills. The camp has received support from the local community. Photo credit: Peter Macdiarmid/LNP 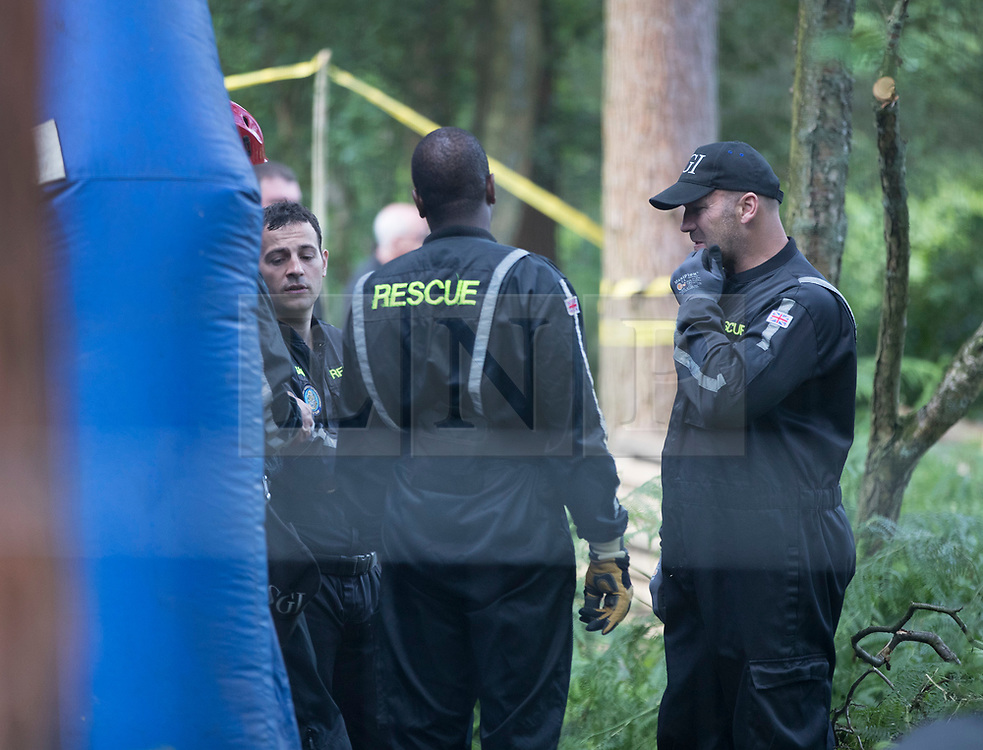