Licensed to London News Pictures. 02/11/2016. Qayyarah, Iraq. With the sky blotted out by burning oil wells, set alight by retreating Islamic State militants, soldiers of the Iraqi Army's Emergency Response Unit keep watch from the top of their armed Humvee utility vehicle as their convoy drives through the main street of Qayyarah, Iraq. 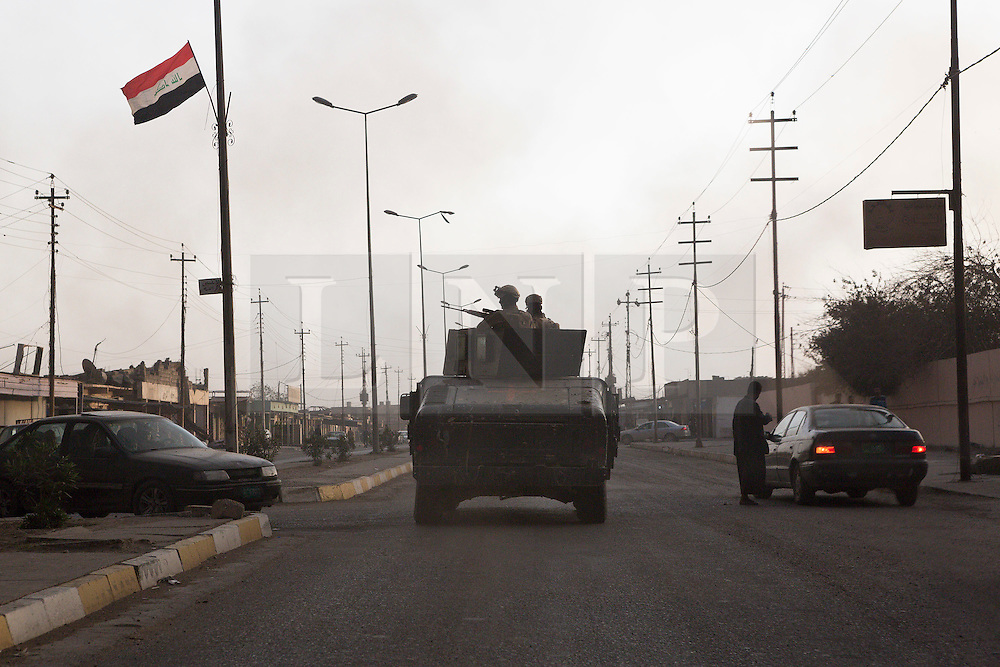