Licensed to London News Pictures. 10/11/2016. Mosul, Iraq. An Iraqi man looks from a bus window for a friend as he and other families, escaping from areas within the city where fighting between Iraqi Security Forces and Islamic State militants is taking place, wait to be evacuated by the Iraqi Army from the city's Gogjali District. 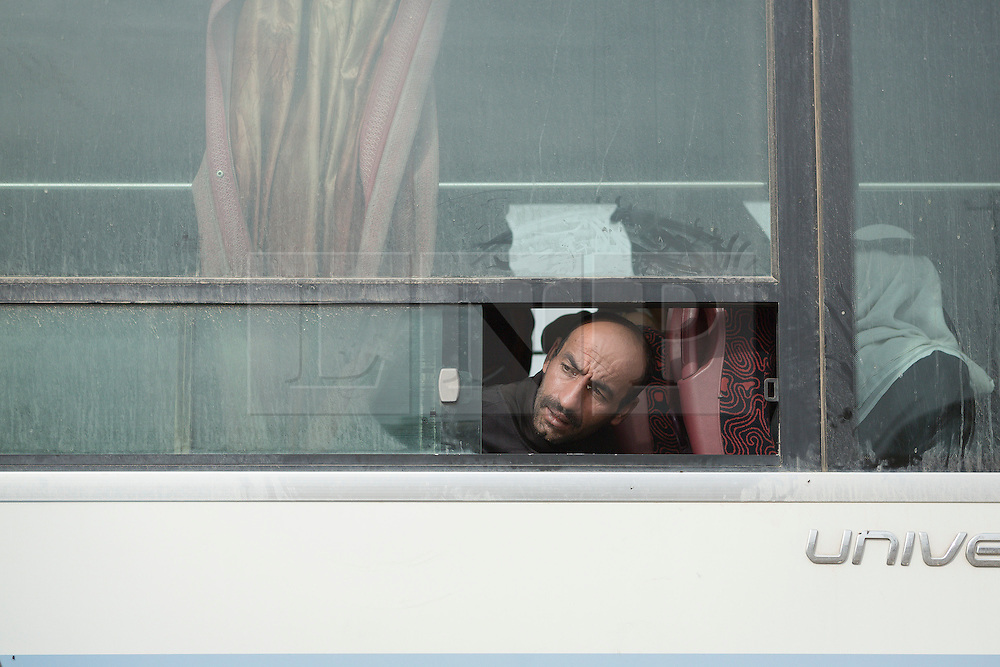