© Licensed to London News Pictures. 13/09/2017. London, UK. . The new giant advertising screen in Piccadilly Circus is seen being tested behind scaffolding. Switched off in January 2017, the previous screens have been replaced by Europe’s largest single digital, ultra-high definition curved screen measuring 8,500 sq ft (790 sq m) and is due to be unveiled iun Autumn 2017. Advertisers will be able to take advantage of the screen’s ability to rotate between six full-motion sections, which will be shared, while also having the chance to harness brief single-brand takeovers of the complete screen. Photo credit : Stephen Chung/LNP 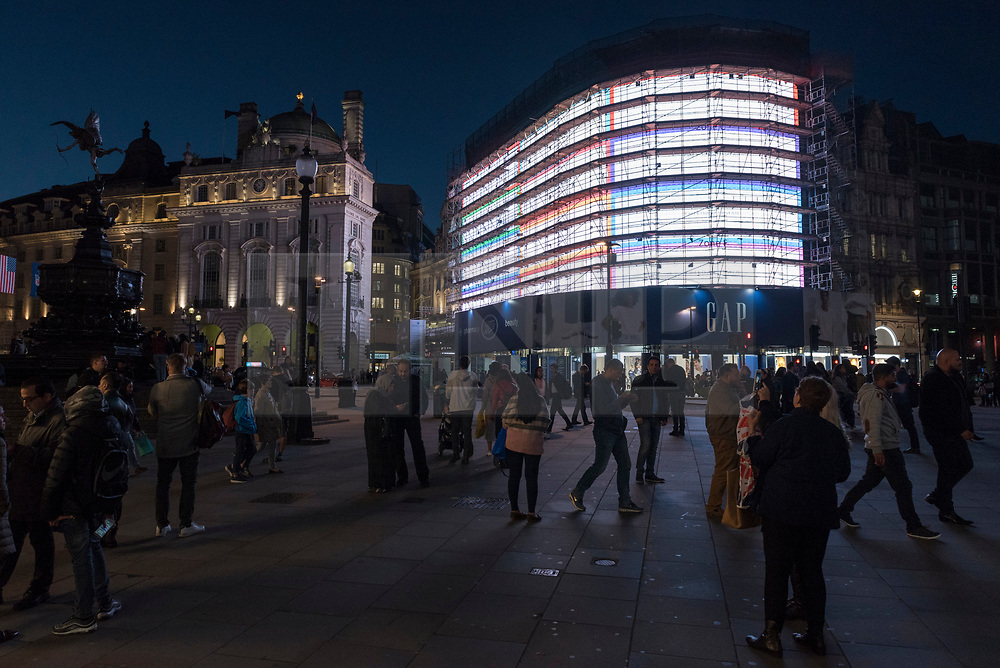