© Licensed to London News Pictures. 18/07/2013. London, UK. Justin Schlosberg a Birkbeck university lecturer and author of "Power Beyond Scrutiny: Media, Justice and Accountability", a book which partly examines the death of Doctor David Kelly, is seen at a silent protest marking 10 years since Kelly's death in London today (18/07/2013). Dr Kelly, who was an employee of the Ministry of Defence, was found dead in 2003 after being named as the source of quotations used by BBC journalist Andrew Gilligan in reports claiming that the Labour government of the time exaggerated the Iraqi weapons of mass destruction capability during the lead up to the 2003 invasion. Photo credit: Matt Cetti-Roberts/LNP 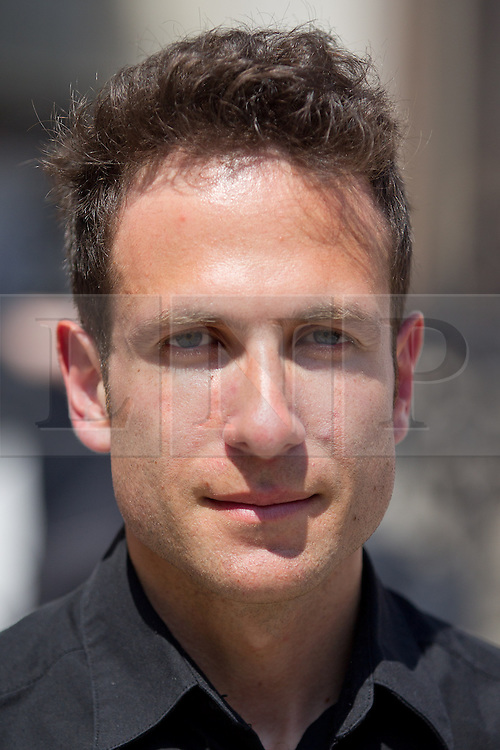