© Licensed to London News Pictures. 07/09/2020. London, UK. The scene at at Debden Close in Burnt Oak, Barnet - north London - where 22-year-old man was murdered on Saturday. Police were called at 23:05hrs on Saturday, 5th September to reports of a stabbing on Debden Close where officers found a 22-year-old man suffering from a stab injuries on Martlesham Walk. They immediately provided first aid. Despite the efforts of police and ambulance medics to save him, he was pronounced dead at the scene at 23:45hrs. A murder investigation is underway. No arrests have been made. Photo credit: Ben Cawthra/LNP 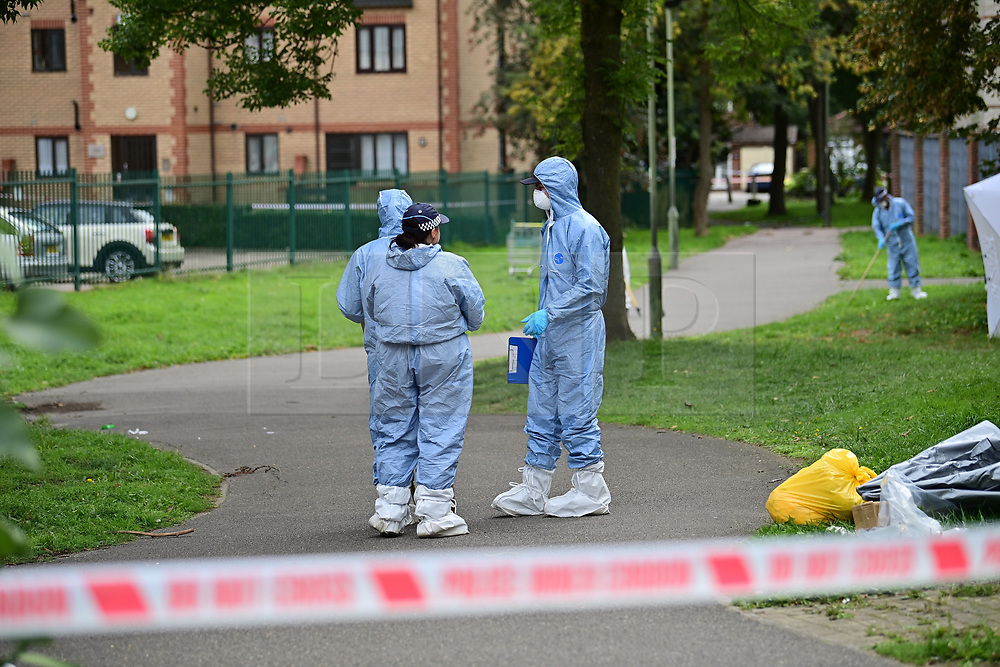