© under licence to London News Pictures. Collectors have been rushing to buy one of the most unusual Valentine gifts made this year. The only company allowed to make the official Olympic pin badges has decided to make a special one for Valentines day a year earlier in 2011. The collectors item, only 2012 sets will be made, depicts the Olympic mascots Wenlock and Mandeville. There will be 2012 different designs of Olympic pin badges produced, keen collectors are buying each one as they appear, in the knowledge that a full set will be the collectable item of the future. Picture shows Rosie Moth holding the badges. Picture credit: Dave Warren/London News Pictures. 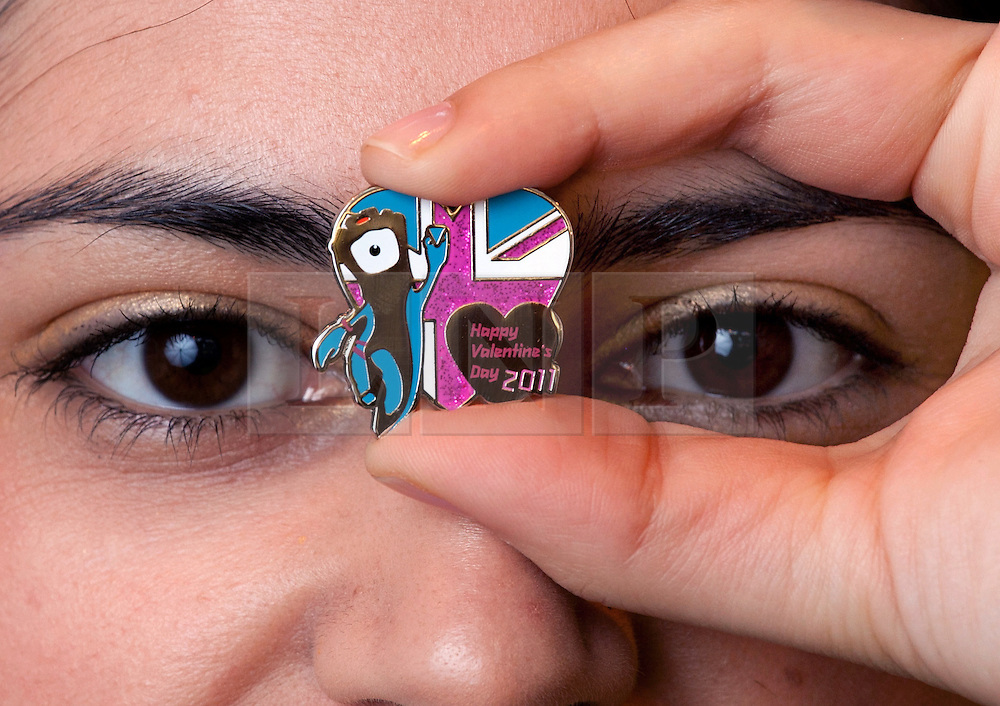