© Licensed to London News Pictures. 05/10/2021. London, UK. Activists from Insulate Britain climate change protest group stand with banners at the High Court in central London. Lawyers for the government are seeking enforce injunctions brought to stop activists actions in blocking traffic on the road network. Home Secretary Priti Patel is expected to warn protestors they could face unlimited fines and up to six months in jail. Police will also be given powers to stop and search activists for equipment used to prevent them from being cleared from the road such as glue and locks. Photo credit: Peter Macdiarmid/LNP 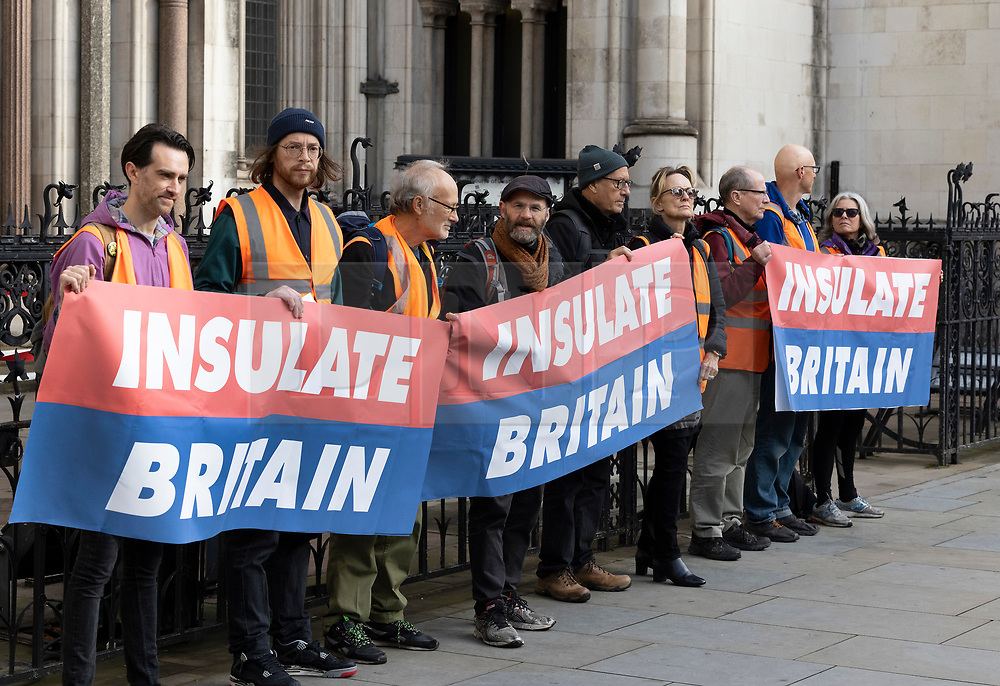