© Licensed to London News Pictures. 30/10/2017. Portsmouth, UK. A woman waves as people gather to watch the Royal Navy's flagship, HMS Queen Elizabeth, as she departs Her Majesty's Naval Base (HMNB) Portsmouth for the first time since her arrival on 16/08/2017. The new aircraft carrier is heading back to sea for the second stages of her sea trials. 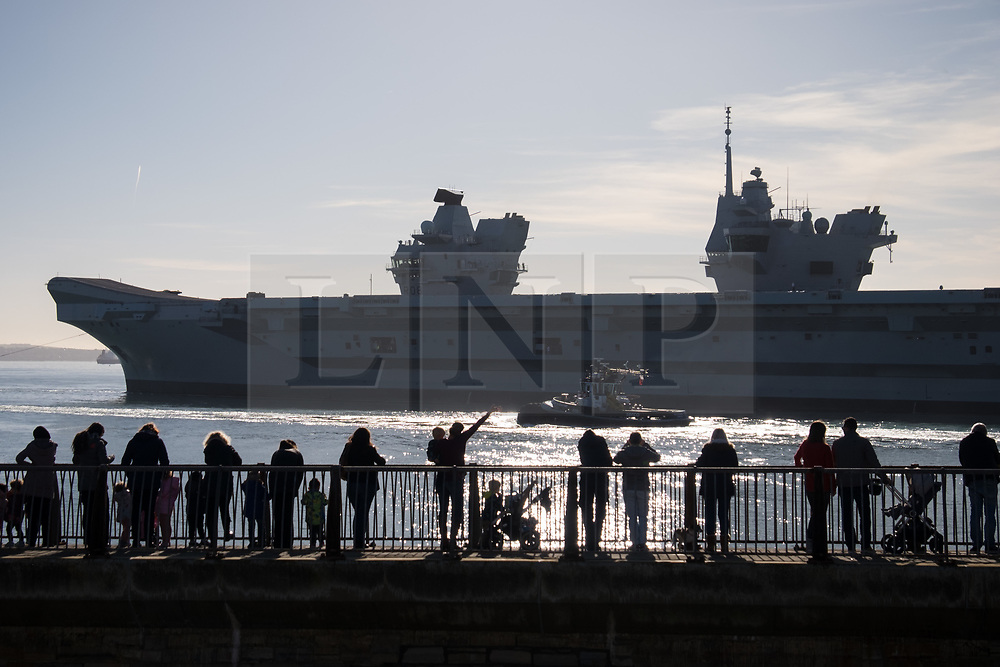